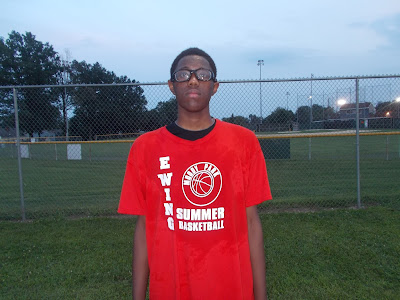 Tonight Basketball Spotlight traveled to Ewing, NJ for the Moody Park Middle School Championship. I was able to see some upcoming talent that should make an impact on the high school scene in Mercer County. In the action Team Delta defeated K & D Express 45-39 to win the championship.

Najohn Dickerson Forward (Team Delta)- Dickerson impressed us with his rebounding and finishing touch around the basket. He also ran the floor well and nailed some big time free throws at the end of the game to secure the victory. I like the way he’s developing and the fact he’s reclassifying into the Class of 2018 will only make him a better prospect.

Ryan Conde Forward (Team Delta)- I remember Conde from his Team NJABC and I must say he has improved his guard skills. I was really impressed with his passing skills. He was able to deliver no look passes and hit teammates cutting to the cup. Believe it or not he might have a future at the pg position.

Kenny Jackson Forward (Team Delta)- Jackson is an energy player that doesn’t mind playing defense. I like his size and the way he can defend multiple positions. He will be a good plug for a high school in the future.

Mark Bethea Guard (K & D Express)- Bethea provided the scoring punch for K & D. This guard got to the tin at will and was able to finish in traffic. He has good size and the strength to make the transition to the next level. He led his team in scoring with 14 points.

Jonathan Azaroh Guard (K & D Express)- I like this kids athleticism. He has that extra gear to make things happen. He sliced through the lane and finished while also running the lane in transitions. Don’t sleep on this kid’s potential.

Corey Ward Guard (K & D Express)- Ward is a sharp shooter that should be a good addition to TCHS in the future. He was able to create and launch some decent shots. He has good release point and touch from the perimeter.
Posted by basketball spotlight at 11:22 PM