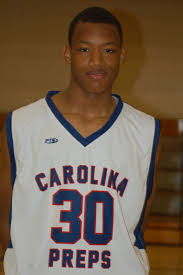 Basketball Spotlight has compiled the Top 25 performers at the 2013 6th Grade AAU Nationals. This ranking is not our typical ranking because it’s solely based on their performance at this event. Please understand this is just our opinion and should be taken as such.

1. Wendell Moore (Carolina Preps)- Moore production goes without saying. He’s a stat stuffer and has a motor out of this world.

2. Balsa Kopriva (CATS)- The Russian giant was tough to deal with on this level. He can put the ball on the floor and launch treys from very deep. He was the talk early at this event.

3. De’Vion Harmon (D Will Elite)- This kids big play ability got his team to the title game. His has that Nick Van Exel type game and swag. Keep an eye on him.

4. Cole Anthony (New Rens)- Anthony made a huge splash on this event. His scoring ability was noticeable but how easy he made it look at times was the scary part. To Be Continued!

5. DJ Jeffries (Memphis War Eagles)- Jeffries has enormous potential and at times showed his dominance. A better final four outing would have had him higher on this list. But you can’t complain about Top 5.


6. Kobe Langley (Carolina Preps)- Langley’s team ability to blow teams out takes away from his stardom. This kid showed the total package and opponents should be scared when he really develops.

8. Gerald Mungo (Chick Webb)- This super talent from Baltimore did damage and will have the last laugh down the road. He has the making of another top wing guard from the DMV area.

9. Mike Green (Carolina Preps)- Green proved to be the best shooter I saw in Hampton. All the lefty needs to do is set his feet. He’s definitely a weapon.

10. Mikeal Jones (Team Nelson)- Jones proved he was among the nation’s elite when playing inside. He’s a tireless rebounder and can convert near the bucket easily.

11. Tyler Brelsford (ETU Select)- Brelsford size didn’t matter once he entered those lines. He controlled the tempo and made sure his big forwards stayed happy. His craftiness and basketball IQ gets him over.

12. Chris Harris (D Will Elite)- This shooter cashed in for the Texas boys. He’s the type to pull a trey on the break because of his confidence and the coach won’t complain.

13. Jordan Mitchell (ALL Ohio Red)- Mitchell plays with in the offense but he’s effective. I know in time he will open his game up and everyone will see his all around talent.

14. Keyshaun Langley (Carolina Preps)- The pg for the champions has an enormous arsenal at his disposal. He runs the show and can contribute some buckets at times.

15. Tyrese Jenkins (ETU Select)- Jenkins played his role great and hit a big shot to help his team advance. They made a huge run and he was a major part.

16. Dajaun Piper (Metro Flyers)- Piper carried the scoring load as the Northeast finished in the Top 6. His aggressive style and scoring knack helped them get over the hump.

17. Dyondre Dominquez (Expressions)- Dyondre was a pleasant surprise and he delivered for the New England boys. I can’t wait to see how pans out.

18. Juwan Gary (SC Hornets)- Gary has the ability to be a beast inside and should be able to expand his game to the perimeter in the future.

19. Terrence Williams (ETU Select)- Williams shook off the jetlag from Vegas and started during work. A few coaches told me they wish they had a play like this on their squad.

20. Daniel Rodriquez (Metro Flyers)- Once Daniel got his confidence together about scoring in the paint he was a beast. He can be a problem on both ends of the floor.

21. Joseph Cooper (Memphis War Eagles)- Cooper puts on a show with his passing ability. He gave the crowd a treat with dimes from everywhere on the floor.

22. Tyrese Maxey (D Will Elite)- Maxey lives on the edge on terms on taking the big shot or making the big play. His quickness helps him makes this happen and he has a huge heart. A true gamer.

23. Max Demeus (CATS)- Demeus was the outside threat for CATS. He has breakdown ability when attacking and can finish at the tin. If you decide to back off he will bury you trey ball.

24. Jonathan McGriff (DC Assault)- McGriff is a clever point guard with a crazy handle. He takes pride in breaking the ankles of defenders. DCA will be in good hands with him at the controls.

25. Jaqwon Lloyd (College Park Express)- Lloyd was a lot of game in his arsenal. I think the Atlanta area needs to take notice of this guard. Remember I said it.
Posted by basketball spotlight at 3:46 PM