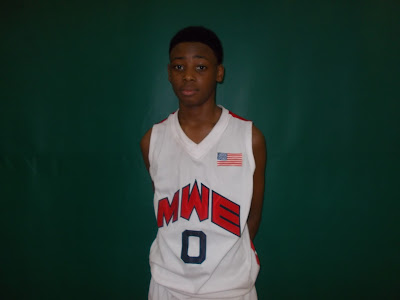 The Championship bracket play opened today and by the end of the night we will know who will be playing in the Elite 8. Here’s Part 2 of the top performers we saw today.

DJ Jeffries Guard (Memphis War Eagles)- You this scout loves a true prospect and this kid equates to one. Jeffries stands near 6’3 but is a legit guard. He patrolled the perimeter for most of the day and was able to use his size to score over smaller defenders. He can create off the dribble and convert in the lane. He also appears to be still on the shy side so he really doesn’t understand how nice he could be which is good these days.

Joseph Cooper Guard (Memphis War Eagles)- This point guard lives to deliver the rock. He through several half court diagonal passes that landed under the basket. He plays on a team with many hungry horses and he makes sure that they stay fed. He has the best court vision I saw down here by far. He was definitely worth the price of admissions.

Sky Forest Guard (Memphis War Eagles)- What a name and what a game. Sky used his poise as a big guard to give Team Nelson fits. He’s big enough to take the defender anywhere he wants on the floor and can pull the pull up from anywhere on the floor. He’s definitely a solid two guard on this level.

Balsa Koprovica Forward (Cats)- The 6’8 Russian kid was the talk of the tournament before we got our first look. He battled foul trouble but I was still able to see his unique skill level at such a young age. He has good awareness and touch stretching out to the three point line. He will be a big name in this class for years to come.

Max Demeus Guard (Cats)- Demeus held it down for the Cats while the big guy was out during their loss to ETU. The lefty is a crafty scorer with enough strength and skill to get into the lane. He also launched several three trey balls that kept the game close.

Tyrese Jenkins Forward (ETU Select)- Big time players make big time shots and Jenkins hit a jumper in the closing seconds from the corner that sent ETU to the Elite 8. He also spent much of the day trying to keep the big guy Koprovica in check which is a very tall order.

Cole Anthony Guard (New Rens)- Anthony had one more trick up his sleeve against Tennessee Legends before losing to Carolina Preps. He battled foul trouble but was still able to score the pill when it mattered to help his team advance to the Sweet 16. In this event he really showed he was ready for the big stage.

Jalen Smith Guard (New Rens)- This pint size guard was a major reason their squad played in the Sweet 16. He was inserted when Anthony sat down with foul trouble and used his speed to pressure the rock. His defense changed the entire pace of the game and brought some time before Anthony returned.

Coming Tomorrow: Coverage Of The Elite 8 and recaps from teams such as Carolina Preps, All Ohio Red and Deron Williams All Stars.
Posted by basketball spotlight at 9:02 PM