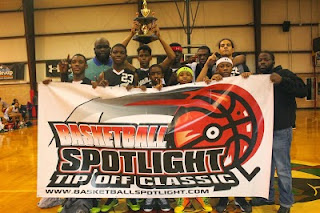 Will The Jets Fly In Atlantic City?

The AC Showcase 8th Grade Division has a ton of teams and loaded with talent. Since we talked about six of the teams in our poll we decided to take a look at some of the others headed to America’s Playground.

Harlem Jets: The Jets will be looking to get things done at the Showcase. Elijah Wenn and Adeleye OyeKanimi have put together great campaigns and when you add Glenn Anderson to the mix they only get better. They will be a tough out in this event. 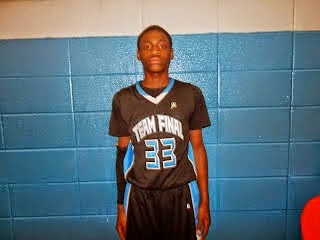 Team Final: TF will be making their Spotlight debut this season and will be hungry for a banner. Fahmir Ali has trimmed up and gotten quicker while Khyree Temple is ready to become a superstar. If Shawn Johnson can find his rhythm they could find themselves holding the banner on Sunday.

B’More Finest: James Bishop has proven to be one of the best scorer’s in the country. The lefty will have to score a ton of points for them to run the table in this division. If anyone is capable of doing it Bishop will be the guy. 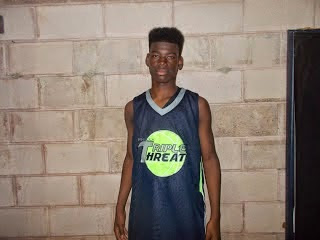 Philly Triple Threat: Jamil Riggins is back and PTT has benefitted greatly. If Dontae Scott can put together a couple of good outings they could make a run for the gold. This group has always shown some success in Atlantic City.

Newark Pharaoh: Papie Roberts is a tough as you can be at the point guard spot. He anchors this squad from Brick City that has taken some of the top teams in the region down to the wire. Maybe Atlantic City will give them a chance to make the next leap.

Play Hard: After having a low profile last season Mikeal Jones has returned and put his name back among the elite in the region. His play has lifted Play Hard from a Blue Division darling to an Orange Division threat.

Team Bos: After spending a few events with Team Rio National Dyondre Dominquez will travel to AC with his hometown crew. The southpaw will be looked upon to carry the load but I also got word that they have another treat for us.

CIA Bounce: The Nike boys from Canada will also be making their Spotlight debut. They have shown some success in past Spotlight events. Hopefully they can put together some magic this time around.

Other Team To Look Out For: NY Lightning, Buffalo CIA, SC Trotters, We R 1, & Team Philly
Posted by basketball spotlight at 11:08 AM