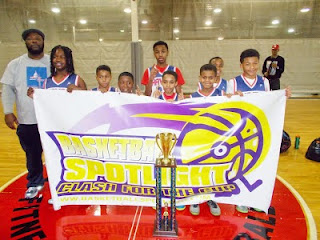 Grand Finale Favorite: Havoc City Elite
These boys won the Tip Off Classic and the Clash For The Cup. They seem to strike when the iron is hot. They have one of the best backcourts in the country and the other pieces to go around it. They have the recipe to take home the Grand Finale crown in June. 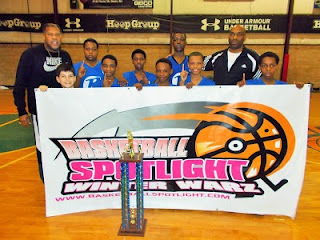 Surprise Team: NY Rens
The Kat man is back as his NY Rens squad crashed the party at Winter Warz. Riverside was our favorite to win the event but got blindsided by the aggressive Rens. Now they will be traveling to the AC Showcase and ready to collect some more points.

Dark Horse: Riverside Hawks:
RH made it to the finals of the Tip Off Classic and Winter Warz. They have been right there but couldn’t cross over the threshold. Now as they enter the loaded AC Showcase they are a dangerous team hungry for a banner. They still have enough time to put together a run and won the Grand Finale crown.

Dug McDaniel (Havoc City)
The point guard’s play has been outstanding thus leading his team to two championships. He plays the game with much poise and is loves getting his teammates involved to secure the win. It would be tough to identify a better floor general in the country right now.

Antonio Sellers (Gauchos)
Sellers has played the role as the hired gun this year we rolling through the Spotlight with Havoc City, USA Select and Gauchos (6th Grade). Each time he helped his team make deep runs and performed on a high level. I’m anxious to see who he shows up with at the AC Showcase.

Kameran Rodriquez (Riverside Hawks)
Rodriquez will be a key component if Riverside can win the Grand Finale crown. He’s not afraid to take the big shot like he proved in the semi-finals of the Tip Off Classic. He has the capabilities to turn it on at any time during the game.

Ferrell Crowell (Havoc City)
Crowell went bananas during the Clash For The Cup. He put together one of the best weekend performances of the season. If he keeps up this pace he has a shot to not only lead them to a Grand Finale championship but also take home POY honors.

Best Mid-Season Coach: Doug Dormu (Havoc City)
After parting ways with Team Glory Dormu was still able to put together the #1 5th Grade squad in the region. Now he has his work cut it for him with trying to bring home that ultimate prize. He has the horses to get it done.

Best Fresh Face: Andrew RheBottom (Team Durant)
Andrew has been one of the most impressive players on the Spotlight scene. He showed well during the Tip Off Classic and Clash For The Cup. His size and skill level indicates that he will be a force to reckon with for the next few years.
Posted by basketball spotlight at 2:53 PM