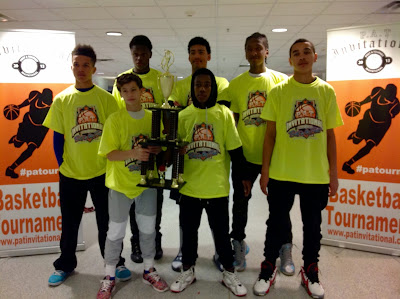 Monday, was a great day in school. I did have a delayed opening, meaning I missed two of my least favorite classes, math and science, instead i had gym where we played a mixture of basketball and baseball, which was fun. When the day was over, I had track and field practice for an hour and a half and we really worked on our stamina and strengthening our legs. After, I had a really tough conditioning workout that worked on my strength in all places of my body especially my core. Afterwards, I was so tired from my homework, I barely did any of my homework.

Wednesday, my teachers were becoming a little bit lazy in my opinion because they know Spring Break is really close and really need a break just as much as the kids do. Most of my classes were pretty relaxed and we did not really work on much knowing that we were going to have a snow day the next day. Later, I had baseball practice which was good and I made it past the first cuts so that was good. After, I went to Rens practice a little bit late but I still got a good workout in.

Thursday, I slept in because of the snow day we had. I made myself some good breakfast while I watched a lot of Fresh-Prince of Bel Air. Soon, I had to finish my homework that I wanted to be done with so I was free to do whatever over the weekend. I finished, and I went to my friend’s house after to go sledding and play football in the snow and such, it was really fun.

Friday, I had no school again, but this time not because of the snow but because it was planned ahead of time. I was still over at my friend’s house and we hung out and went to the mall and watched 50 shades of gray, which by the way was terrible, I suggest no one sees that movie. After, my dad took me back home and we watched another really bad movie that Liam Neeson was in.

Saturday, I went to the Rens 6 grade practice. Since, my dad is the assistant, I got was able to come and help out and teach some of these youngins some things. I helped the big men which was interesting considering I am a small guard. Even though, I am small I helped them with their footwork and some of their post moves. I sort of felt like a big man for a brief moment, but I had to unfortunately come back to reality. After, they had a game against some horrible team and they won by 45.

Sunday, I had Rens practice which was good, because we did not follow directions we did a lot of conditioning drills but, we pushed through and made it to the end of practice. After, most of my team went to Fordham University to watch the Catholic Schools “AA” games and we saw a lot of great talent and teams play. The best game was probably the Holy Cross vs. St. Raymonds game, where it went into overtime and Holy Cross pulled out the victory. Later, I went home and got ready for the week.

See Ya Next Week!
Judah McIntyre Follow My Life @ _jmacvip
Posted by basketball spotlight at 6:12 AM