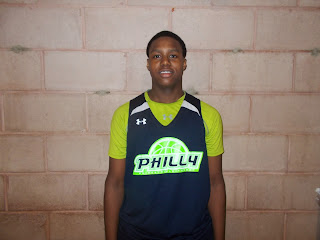 The Basketball Spotlight 6th Grade Division presented us with a new champion and gave us a chance to see some new talent. Here’s a look at the top performers from the weekend.

Zaakir "Shaq" Williamson Forward (Philly Triple Threat)- Williamson aka "Shaq" continued his attempt to make a name for himself as a dominate big man in his class. He displayed an improved overall motor and back to the basket moves. Shaq lead Philly PTT with 16 points in a tough championship win over NY Gauchos. 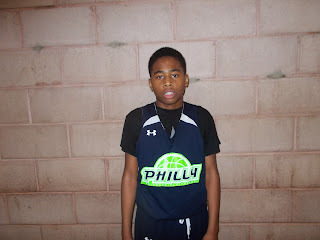 Khalil Farmer Guard (Philly Triple Threat)- Farmer earned national acclaim after appearing at the Spotlight Future Phenom Camp. He backed it up with a good performance during the championship game. The combo used his ability to get to the hole to finish with 14 (8 which came from the charity stripe). 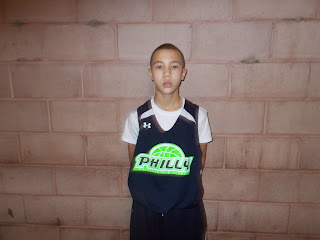 Jalen Warley Guard (Philly Triple Threat)-Warley has been running with Philly PTT since the fall and gives the team the big guard that they need. His high ball IQ and ability to make plays was on display throughout the weekend. Jalen showed the ability to score when needed, handle pressure and most importantly got his teammates easy buckets. If he decides to join this group full time, we may be talking about this team throughout the year. 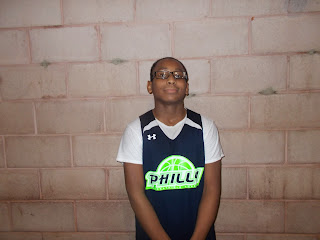 Chris Evans Forward (Philly Triple Threat)-Evans is a match up problem at this stage and age. Although he mostly plays the forward position, he has the skill set and the ability to put the ball on the floor and hit the jump shot. In many tight games Chris was given the ball in clear out situations and was able to take his defender off the bounce with ease. With continued development, Evans should develop into a wing player with a good skill set.

Christian Clover Guard (Philly Triple Threat)-Clover is the definition of a "face up" forward. The smooth lefty is most comfortable facing the basket. Throughout the weekend he finished around the rim and hit the mid range jumper. In a tough game vs NY Rens, Clover hit several late game fouls shots to help seal the win.

Justice Williams Guard (Team IZOD)- Williams is playing like the best 6th Grade lead guard in the region. He has the total package in terms of handling, scoring and dishing the rock. His feel for the game and aggressiveness is something to admire. He led the team in scoring over the weekend and increased his stock. He averaged near 18 points a contest.

Tristan Jeffries Forward (Team IZOD)- Jeffries was second in scoring for IZOD. The wing can get it done from all three levels and has the frame to absorb contact. He averaged 14 points a game over the weekend. I like his scoring prowess.

Al-Fatir Connor Guard (Team IZOD)- Connor is small stature but gets things done on the floor. He’s very heady and takes great care of the rock. His skill set is obvious and he understands his weaknesses therefore stays away from trapping situations.

Malachi Smith Guard (Gauchos)- Smith is possible the best shooter in the class. Once again he used this weekend to burn the nets. He saved his best game for the championship in which he drained 4 treys and ended the contest with 19 points. FOI, please don’t leave him open.

Jake Tavroff Forward (Gauchos)- Tavroff got things going inside for the Choz. He’s willing to bang and score when close to the hole. His efforts in the paint helped his squad make it to the finals. He finished the championship game with 12 points.
Posted by basketball spotlight at 1:26 PM