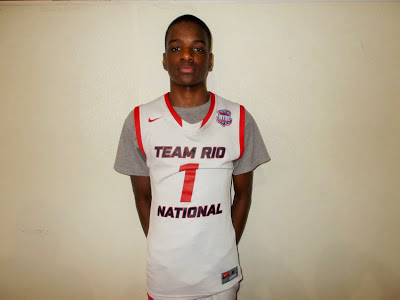 The Basketball Spotlight Winter Warz 8th Grade Division featured some of the top players in the country. Here’s Part 1 of our top performers.

Bryan Antoine Guard (Team RIO National)- It’s a far gone conclusion that Antoine is the top prospect in the region and probably the best guard in the United States of America. He showed his full arsenal at Winter Warz. He has top notch tools including length, athleticism, feel for the game and a mean ratchet. Since he has the swagger of a stud it’s hard to find a weakness in his game right now. He put on a dunk fest in their game against Baltimore Finest. He might be joining that elite club of ours. Stay tuned. 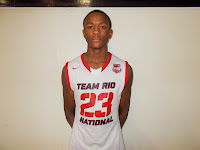 Scottie Lewis Forward (Team RIO National)- The top wing in the region also gave the crowd a treat. “The Show” has the best playing motors in the country. He played both ends of the floor effectively and continues to be one of the best shot blockers in the land. Offensively his skill set continues to develop and he also gave us a high wire act. His dunk down the lane against Baltimore Finest has to be one of the best I’ve ever seen from a middle school player. . 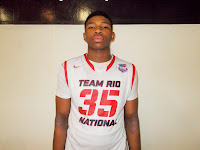 Tariq Ingraham Forward (Team RIO National)- Ingraham has transformed himself from project status to the most dominant inside force in the region. Standing near 6’7 Tariq has trimmed all the baby fat and has developed legit foot work. His soft hands and touch helped him torch opponents all weekend. Once he sealed defenders under the bucket they were at his mercy. His quick movement and court awareness helped him beat most double teams. 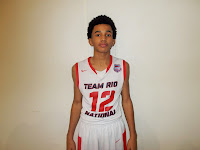 Jalen Gaffney Guard (Team RIO National)- Speaking of improvement, Gaffney had a very solid weekend. He’s grown a few inches and his added size has boasted his confidence. His outside shot was wet off the dribble or during the catch and shoot situation. I was really impressed with his improved point guard skills. He made good decisions and set the tempo. He made sure their full arsenal of talent was able to eat. 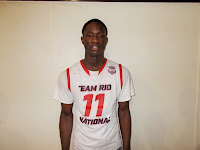 Ahmadu Sarnor Guard (Team RIO National)- Word is Sarnor runs the point for his varsity team and I can see it carrying over to his AAU game. Last season he was purely and driving scorer that could also drop buckets on the blocks. Now he has added some patience and decision making to his game. This transformation was necessary for him moving forward.

Elijah Wenn Guard (Harlem Jets)- After missing the Clash For The Cup, Wenn returned to have a good outing this weekend. The point guard was able to run the show and score when needed. I like the confidence he shows in his outside shot which keeps the defense honest. He nailed seven treys in their come from behind victory over Philly Triple Threat and a 24 point outing in their victory against NY Rens. He has a serious will to win and knows how to impact the game immediately. He should make a nice transition into high school.

Adeleye Oyekanium Forward (Harlem Jets)- Adeleye showed flashes over the weekend. The high energy forward beat defenders off the dribble and muscled up for shots. He also had a huge outing versus PTT with a 22 point effort. He has put together a good season on the Spotlight circuit and will be rewarded for his efforts.
Posted by basketball spotlight at 9:11 AM