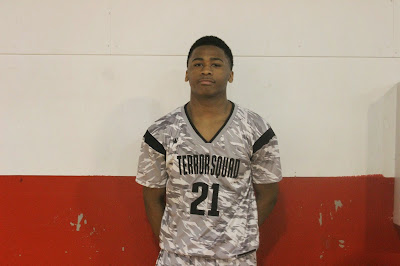 The 7th Grade Division of the Basketball Spotlight Winter Warz had some serious talent. Here’s Part 1 of our top performers.

Jordan Toles Guard (Terror Squad)- Toles explosive play was on full display. His signature move was catching the rock on the baseline and attacking the rim. He did a good job of using the rim at a protector against the shot blockers while finishing with the reverse layups. I also saw him display more confidence with his outside shot which is important to his development. He tallied 15 points versus Milbank and another 15 markers in their loss to KSK.

Cameron Byers Forward (Terror Squad)- Byers showed some flashes on dominance on the post by muscling up for shots. When he’s hungry on the glass and fighting for position he’s one of the best big men in the region. The Terror Squad guards should have done a better of pumping the ball into him more often.

AJ Hoggard Guard (Terror Squad)- During this event Hoggard looked to score the rock a little more than usual. In their game against Seed USA Hoggard came down and banged home three straight treys. His jump shot looked effective but as he gets older he will have to get a higher release.

Shane Dezonie Guard (Team IZOD)- Dezonie caught fire against the Rens in the quarterfinals. He got out in transition and scored while also getting it done in the half court set. When his outside shot is falling he’s a dangerous player. He finished with 22 points in the victory.

Richie Greaves Guard (Team IZOD)- Greaves did a good job running the show for IZOD. He runs the detail offense very efficiently and took good care of the rock. He didn’t have a great shooting weekend from the perimeter but I think he will get better in that aspect. 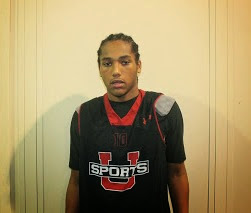 Qaadir Maneri Guard (Team IZOD)-Maneri has his moments during the tournament. He loves to cradle the rock before scoring in traffic. He plays with a relentless style on the offensive end. He’s capable of putting together buckets in a hurry.

Kareem May Guard (Brooklyn Rens)- May is a straight scoring machine. He caught fire against KSK when he nailed 6 treys and finished the game with 25 points. The smooth guard can also lend his hand playing the point for this squad but scores so easy.
Posted by basketball spotlight at 11:15 AM