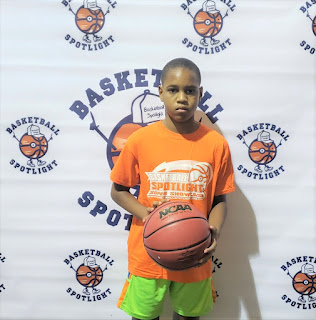 The Basketball Spotlight Super Showcase 6th Grade Division had a ton of young talent. It gave us a great chance to take a look into the future. Here is our first look at the top performers from this grade level.
Basketball Spotlight Super Showcase 6th Grade Top Performers Part 1
Korey Francis Guard (Wilmington, DE) – Francis is a big point guard that has a high basketball IQ. His game is years ahead of his age as he has an advanced feel for the game. He is good in the open court and can fight off the physical bump of the dribble as he gets to anywhere he wants on the court. Korey is exceptionally good in the open court or attacking the rim in the half court. His passing skills are elite, and he rebounds well from the guard position. Francis was the Most Outstanding Player in the 6th grade division. 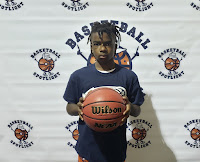 Bryce Clark Guard (Lumberton, NJ) – Clark gets the rock and goes putting pressure on the defense. He is aggressive and seems to always be around the ball on both ends of the floor. He rebounds very well for a guard and gets a lot of offensive rebound put backs. Bryce plays great defense and really can pass the ball on the offensive end along with scoring in bunches.

Yasir Turner Guard (Philadelphia, PA) – Tuner is a guard that is small in stature but is tough as nails. He locks up on the defensive end and causes fits for the opposing point guard getting the ball up the court. Offensively he has a nice-looking stroke from three and he also can attack the rim effectively.

Jarrod Denard Guard (Philadelphia, PA) – Denard is a big guard that turned some heads at the showcase. He is a very patient player that takes what the defense gives him. He can get his teammates involved using his nice passing ability or he can use his size to attack off the dribble and finish through contact. 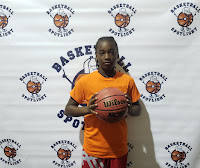 Zaquan Cullers Guard (Trenton, NJ) – Cullers is a big power guard that had to play bigger in the showcase guarding bigger post players and playing a different role offensively that he is probably not used to. We could see his ball skills and his ability to handle the rock and create for his teammates. He is one of those players that will do anything to help his team win. 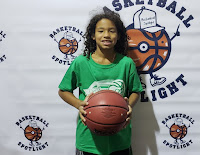 Dallas Baldwin Guard (Edgewater, NJ) – Baldwin is a smaller guard that was tenacious on defense. We saw him make multiple steals and then making lead passes ahead for easy buckets. He plays with a high IQ and he understands how to get to the rack either converting or getting fouled. 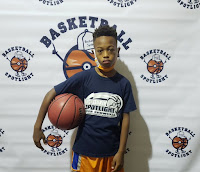 Jakeem Carroll Guard (Chester, PA) – Carroll is a good point guard that can handle the ball and make on time passes for assists. Jakeem uses moves on moves like his hesi crossover to get to the basket at will. We saw him finish at the basketball multiple times with either hand.
Posted by basketball spotlight at 1:51 PM