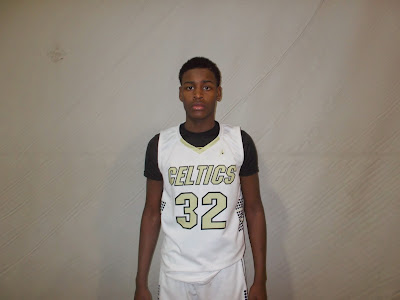 The 7th Grade Division of the Basketball Spotlight Clash For The Cup ended in thrilling fashion. Here’s Part 2 of our Top Performers from the weekend.

Nate Tabor Forward (I 10 Celtics)- Tabor was one of the most dominant players in the while also playing on the 8th Grade level. He polished game in the post looked easy at times as he put up serious numbers. One of his best outings came against Baltimore Finest 8th Graders. The forward dropped 26 points and also led his 7th Grade squad to the quarterfinals.

Antonio Bridy Guard (Dream Chasers)- Bridy turned out to be one of the best prospects in this division. The big guard runs the point but also will carry the scoring load if needed. He has top notch athleticism and the ability get anywhere on the floor. His big time play making helped the Dream Chasers reach the final four.

Jarel Brown Forward (Dream Chasers)- Brown also got into the action for the Dream Chasers. The straight lined forward ran the floor like a deer and finished well after receiving the rock. He’s also a good athlete that willing to play the defensive end of the floor.

Canin Reynolds Guard (Team Takeover)- TTO got an unexpected early exit but it wasn’t because of Reynolds. The floor general left it all on the floor. He pushed the rock in transition before either scoring or dishing to teammates. He really showed an impact on the defensive end by harassing ball handlers and forcing turnovers. He showed the ability to be a true leader on the floor.

Ronald Polite Guard (Havoc City)- Havoc City was completely over matched in their quarterfinal loss to Slam City Elite but that didn’t stop Polite from stepping up. He was able to score some tough buckets especially when he used his floater. He played his heart out in the loss.

Javon Peace Guard (6th Man Warriors)- The Warriors advanced to the quarterfinals and Peace was one of the main reasons. The scoring guard put together a few good outings. He tallied 23 markers versus Slam City Elite and then returned with a 25 point performance against Team Final.

Zion Bethea Guard (King Street Kings)- KSK had a surprised early exit from the Clash but Bethea still managed to make his presence felt. The strong combo guard finished with a team highs of 16 points in both narrow defeats to Havoc City and DC Premier.
Posted by basketball spotlight at 10:58 AM