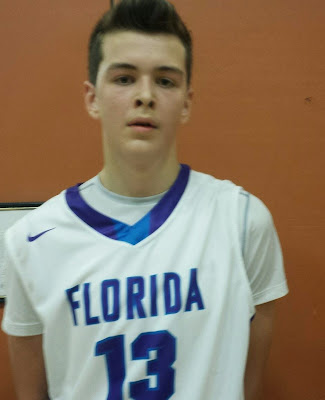 The Basketball Spotlight Future Phenom Camp just got a lot bigger – try 6’10 bigger. Just announced is the attendance of nationally known Balsa Koprivica - at 6’10, 235lbs Balsa is far from your traditional back to the basket post player. Balsa runs the floor exceptionally well for his size and his large soft hands catch anything thrown in his direction. His ability to handle the rock on the perimeter combined with his soft shooting touch clearly indicates that he will be able to step out and easily play away from the basket as a face up four or even a wing at the next level. Already displaying a solid stroke with 3-point range he operates equally as well of the catch and off the bounce.

The son of a former Olympian; his dad play against the original Dream Team in 1992, Koprovica has a keen sense for how to read cutters and double team and his overall basketball IQ is well beyond his years. A sure fire Division I player the only question that remains is how high; his size and skill set clearly already translate two levels up – he will only get bigger, stronger, and better. At times this year Balsa has been completely unstoppable, finishing of the pick and pop, from behind the arch, and over defenders with powerful drop step dunks. With a stellar line-up that already boast some the best of the nation’s top perimeter players; possibly the biggest and best big man will be on the floor August 23rd & 24th – this camp is not for the faint of heart, Koprovica has given new meaning to the phase “come big or don’t come at all”. ;

Posted by basketball spotlight at 2:59 PM