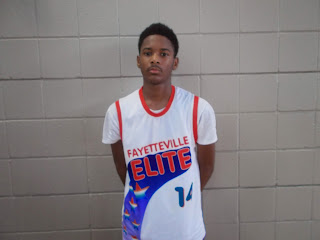 The USBA Nationals pool play kicked off and Basketball Spotlight was in South Carolina for the action. Here’s a few players that caught our attention since we been here.

Jamah’n Harvey Forward (Fayetteville Elite)- Harvey showed the most versatility in the gym by putting in work on the blocks and stepping out to bury the trey. He’s long, rangy and bouncy while having the look of a good prospect down the road. When National Select made their run he answered the bell by scoring the pill and grabbing key boards. 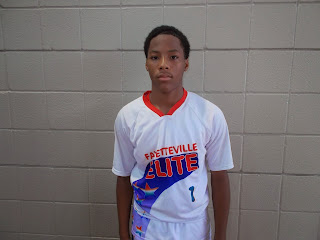 Tyron George Guard (Fayetteville Elite)- George provided the scoring at the combo guard spot. He uses his body to lean into shot blockers before converting. He also will drain the outside shot when the ball is rotated his way. He has a natural scoring feel for the game and showed it today when I watched him get busy. 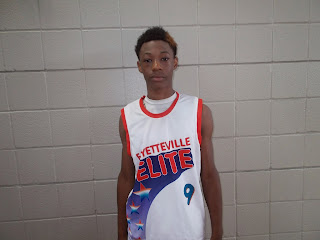 Tatton Jones Guard (Fayetteville Elite)- Jones is a glue player and shows the versatility of a Scottie Pippen. On offense he made some good passes, scored in transition and converted in the half court set. On defense he can play the passing lanes, rebound out of position and personally start the fast break. He affects the game without dominating the pill. 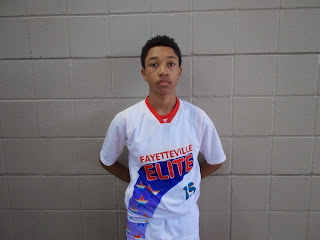 Issac Bonds Guard (Fayetteville Elite)- Bonds is the hired outside shooter for this Carolina bunch. He spotted up from deep behind the 3 point line and made National Select pay. He knows his roll and cherishes it to help his team get the victory. 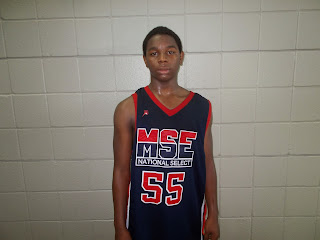 Marquise Walker Guard (National Select)- National Select fell behind big early and Walker woke up and found his stroke. The youngster from Chi-Town knocked down four straight treys from NBA range and brought his team all the way back. In transition he was a monster showing supreme body control and finishing like a true lead guard. He finished the contest with a game high 37 points in the loss. 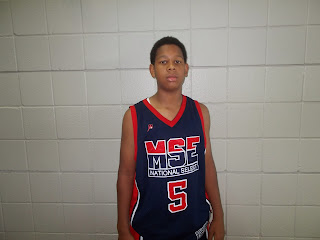 AJ Hoggard Guard (National Select)- Hoggard made some good plays playing alongside Walker. He showed several aspects of his games including passing and scoring. He also had to help inside with his team’s lack of overall size. A big turning point in the game came when he fouled out. Walker was left as the primary ball handler and scorer. 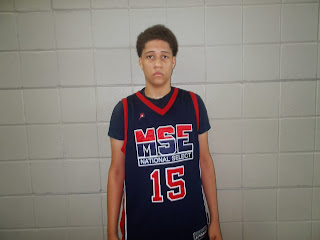 Tyrese Jenkins Forward (National Select)- Jenkins showed to be light on his feet and good touch around the rim. He’s been running the floor better these days and also showed some range out to the 3 point land. He has the size and the game to be a name in this class to watch.
Posted by basketball spotlight at 4:16 PM