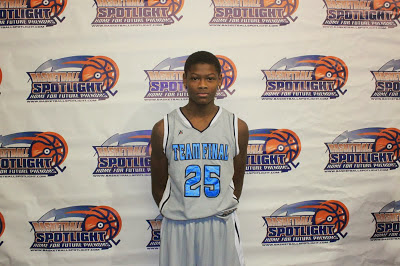 What a fun week and weekend this was! I had an opportunity to play with the 9th grade Team Final, and of course I took it. We were at PhillyU and Competitive Edge Sports for a huge tournament with college coaches watching. We played well as a group and was able to pull out a championship win over DC Thunder. I played well with them; I even got interviewed a couple times by a couple scouts that were there watching. Then right after that we played again at Spookynook where we played in the 16U bracket. We took a tough loss and were then unable to win the entire thing. But still was a great experience and great exposure. I'm now on my way to Atlantic City for "Live in AC" with the 9th graders again.

-Cam Reddish
Posted by basketball spotlight at 8:21 AM