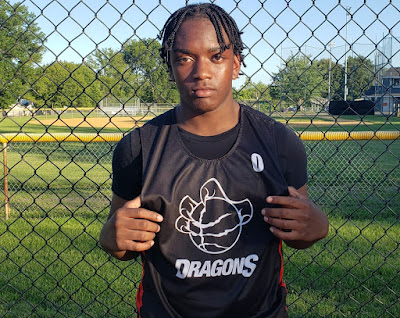 Chase Barnes
The Moody Park Summer League Middle School .AAU Division had some good games tonight and Basketball Spotlight was in the building.
Moody Park Summer League Top Performers Part 1
Chase Barnes Forward (Christina Seix)- Barnes led the winners in scoring with 12 points. He plays bigger than his size inside and also hits the boards to help them get second chances. His motor was too much for the small NJ Rivals 2027 to handle. 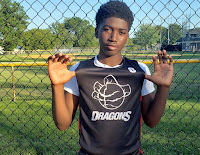 Johnnie Hammick Guard (Christina Seix)- Hamiick is the two guard for this squad and was able to get into the action by scoring in the lane and in transition. He combines a scoring skillset with some size. He also scores in bunches as he finished with 11 markers. 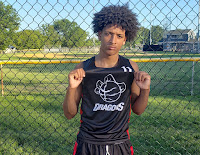 Jasai Vargas Guard (Christina Seix)- Vargas has the point guard duties for this squad. He bullied his way into the lane, drop a couple of dimes and finished off a few tough layups. He also knows how to play the passing lanes well on defense. He finished with 8 markers.

Jamir Aaron Guard (Christina Seix)- Aaron is a quiet kid but caught my attention after training two deep bombs. When he came up short from the perimeter the shots still looked good after the release. I can see he is younger than his teammates so I look forward to seeing more of him. 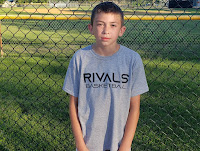 Angelo Pesce Guard (NJ Rivals 2027)- Speaking of shooting this southpaw caught fire while nailing four treys in their loss. No matter the score of the game this youngster never got gun shy.
CLICK HERE TO REGISTER FOR FUTURE PHENOM CAMP
Posted by basketball spotlight at 10:22 PM