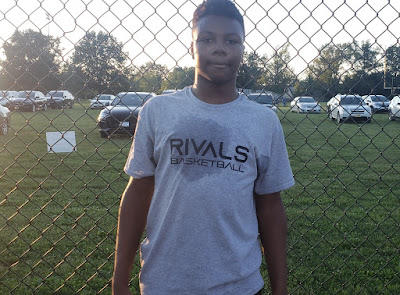 Marjohn Skillman
The Moody Park Summer League Middle School AAU Division had some good games tonight and Basketball Spotlight was in the building.
Moody Park Summer League Top Performers Part 2
Marjohn Skillman Forward (NJ Rivals 2026)- Skillman took over the contest with his squad down double digits early. The wide body forward started pounding the boards and getting putbacks. He also carved out post position and scored after receiving the entry passes. He topped the 20 point mark and made things look easy at times. This kid came to play tonight. 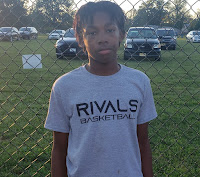 Aiyvaye Ingram Guard (NJ Rivals 2026)- This lefty was very impressive tonight. I like his poise running the point and seeing the floor. This southpaw drive, draw and dish game has gone to another level. I also like how he knew how to avoid traps and keep the ball moving. He picked his spots very well tonight. 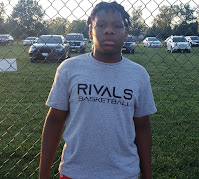 Marvin McNeill Forward (NJ Rivals 2026)- The bruising forward used his frame to get involved inside the paint. He was also able to nail a couple of jumpers when the winning squad really needed it. He came up with some big plays down the stretch. 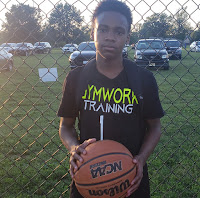 Rasheen Yon Guard (Gym Work)- The cat quick guard can get rid of defenders off the bounce. He has an array of dribble moves and threw and threw a few good passes when he wasn’t forcing things. He also can get after it on the defensive end. He tallied 8 markers. 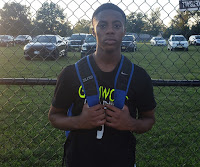 Darius Hickman Guard (Gym Work)- Hickman is another quick guard on this squad. He looks to score a little more than Yon while showing body control to avoid shot blockers. He was able to convert a few steals into buckets in their early run.

Juel Roberts Guard (Gym Work)- Roberts is the third of the three-guard onslaught. He specializes in forcing turnovers and pushing the rock down the throat of the defense. He really should invest in a floater though because at times he penetrated too deep.
CLICK HERE TO REGISTER FOR FUTURE PHENOM CAMP
Posted by basketball spotlight at 10:34 PM