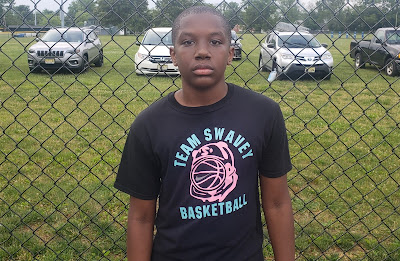 The Legendary Moody Park Summer opened tonight and Basketball Spotlight was in the building. We got a chance to see an Elementary AAU battle between Team Swavey against Gymwork Training. Here are the players that impressed me.

Chris Lee Guard (Team Swavey)- This South Jersey product is no stranger to Basketball Spotlight as he starred in our Future Phenom Camp before. The strong guard was able to get anywhere he wanted on the floor and finish through contact. His layup package was on full display as he led the team in scoring. 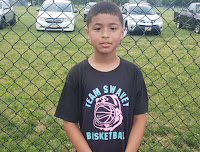 Josiah Andino Guard (Team Swavey)- I have seen this youngster’s game grow over the last couple of years and his swagger is real right. He can break defenders down off the bounce while either scoring or passing. His handle and ability to create separation will help him in years to come.

Qua Roberts Guard (Team Swavey)- Robert naturally has some game. I haven’t seen him on the AAU circuit before but that didn’t stop him playing with the big boys. He used a cross over dribble and spin move to make things happen. He also has nice touch on his outside shot.

DJ Chew Guard (Gymwork)- Chew jump shot has good form and he loves using the floater to make things happen. When his floater is dropping in the lane, he’s hard to guard. He led his team on a late comeback attempt. 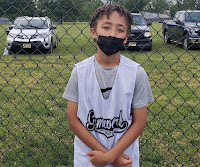 Mason Williams Guard (Gymwork)- Williams displayed quickness to get past defenders and score in traffic. He also can pressure the rock when needed. I also remember his name appearing on this site before. Keep an eye on this kid.

Joshua Wilson Guard (Gymwork)- I like Wilson. He’s a streaking
scorer and he showed flashes. I would love to see him exert himself more often on both ends of the floor. This will help him reach his full potential.
Posted by basketball spotlight at 9:34 PM