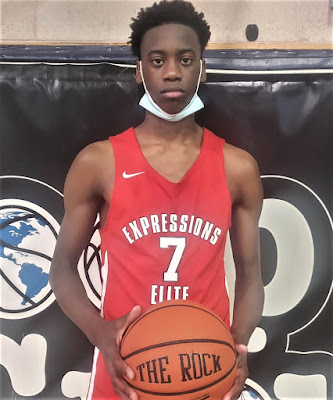 AJ Dybantsa
The 8th Grade Division at the MDC had the most talent by far. Here is a look at some of the top performers that came to Neptune Memorial Day weekend.
Basketball Spotlight MDC 8th Grade Top Performers Part 1
AJ Dybantsa Forward (Expressions Elite) – Standing at 6’7 this combo forward was the best prospect at the event. At the 8th grade level AJ can guard all 5 positions on the floor. Offensively he can get buckets at the rim driving through the defense or navigating around the baseline. Dybantsa has a nice jump shot with range out to the 3-point line as he knocked down 4 triples in their championship win. We also like his stroke form the FT line and he can handle the ball in space even playing a point forward position at times. We love his long-term potential as he has not even scratched the surface in his development. He finished with a game high 19 points in the championship. 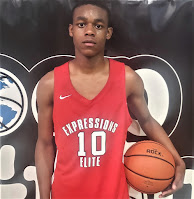 Travis Upchurch Guard (Expressions Elite) – Arguably the best point guard in the event, Upchurch is explosive with a quick first step and loves to get out and run in transition where he excels in finishing on the fast break. He loves to drop dimes to his teammates and control the pace of the game. We like how he understands when to be a playmaker or when the team needs him to score. Travis has a nice floater, and he can get after it on the defensive end. With a more consistent jump shot from the 3-point line this kid will become even harder to guard. In the game we watched he finished with 16 points.

Jaylen Harrell Guard (Expressions Elite) – Harrell is a big strong wing guard that plays both ends of the court and seems like he loves to make plays to help his team win. He has a nice 3 point shot as we saw him knock down 2 in the game we watched. He has a nice mid-range jumper also and rebounds very well for his position. He grabbed multiple offensive rebounds converting a few putbacks and when he grabs defensive rebounds, he can push the rock leading the break. We like his ability to guard multiple positions. He finished with 12 points in the game we saw. 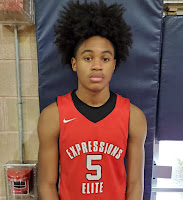 Jared Butler Guard (Expressions Elite) – Butler in a long wing guard standing at about 6’4. He is at his best slashing to the basket or finishing in transition. He can guard multiple positions like Dybantsa and Harrell which allows his Expressions team to switch on most screens. As he continues to improve his jump shot out to the 3-point line it will open his drive game up even more. We like this kid’s long-term potential. He scored 9 big points in their championship win. 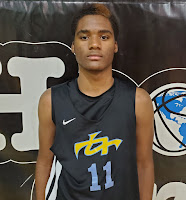 Keon Longmtume Guard (Team Final) – When Keon gets going it is hard to stop him from scoring. This nice size lefty combo guard can really fill it up from behind the 3-point line as he knocked down 4 big ones in the game we watched. He can knock his jumper down off the dribble or off the catch and shoot. He can also finish at the rim and has a nice free throw stroke. He finished with 16 points in the game we saw. 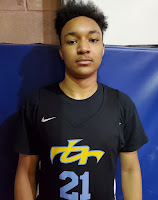 Judah Hidalgo Guard (Team Final) – Hidalgo has developed nicely into a primary ball handler for his squad. He pushed the pace going downhill hoping to get easy baskets before the defense sets up or has time to react. He is looking to be a more a playmaker as he has many weapons around him. Judah knows when he must get buckets for his squad, and he is at his best attacking the rim where he either converts or gets fouled. He spent a lot of time at the free throw line over the weekend. We also like his mid-range jump shot which we saw him knock down a nice fade away jumper. He tallied 10 points in the championship loss and 13 points in the game we saw. 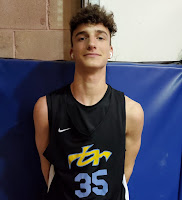 Ben Rill Forward (Team Final) – Rill is a 6’7 lefty combo forward that has range on his jumper out to the 3-point line. We like his versatility as it is hard for a true big to guard him because he can take him out on the perimeter or a smaller defender he can post up. He has a soft touch around the rim or on short jumpers and he can knock his free throws down. Defensively he shows some toughness mixing it up on the glass and blocking shots. 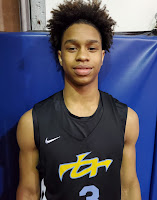 Milan Dean Guard (Team Final) – Dean is a long armed athletic wing guard that plays great defense and is highly effective on the offensive end. He can score form all three levels and he has a nice pull up off the dribble. We like his athleticism as he is playing above the rim already and he can finish at a high level at the rim. We saw him block multiple shots and Milan can guard all three perimeter positions.
Posted by basketball spotlight at 5:07 PM