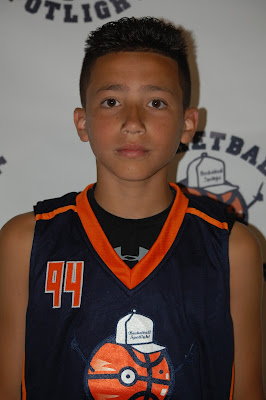 The Basketball Spotlight Future Phenom Camp is in the books. The top talent in the country brought their game to District Heights, MD and we have tons of coverage to release. The Class of 2023 had talent for all around the country and even a little international flavor. Here’s Part 3 of our report.

Christian Bliss Guard (New York)- Bliss versatility and fundamentals allows him to have an instant impact at this event. He’s too quick off the dribble for forwards and too big for guards to slow down. I like how Bliss picked his spots to attack and can score from all three levels. This is his third year at this event and each yeah he has proven to be a national talent.

Desh Molton Guard (Ohio)- This pass first point guard used this event to introduce himself to the nation. He’s sees the floor like a radar and delivers the rock with precision. I like how low he handles the rock to avoid defenders while also being able to knock down the open shot. He’s a guy you have to keep an eye on.

Shaun Chandler Guard (Delaware)- Chandler was voted as the best shooter on his team by his coach. The Delaware product showed he could score the ball from various places on the floor and get things done in transition. He packs power with dribbling skills and scoring abilities.

Tyler Flowers Guard (Delaware)- The other Flowers twin also has a complete guard game. He can play the point guard role by setting up teammates or getting buckets himself. He has flair in his game and willing to attack any defender off the bounce.

Devin Sanford Guard (Michigan)- Sanford has an attacking style and that either helps him score the rock or initiate contact which allows him to go to the charity stripe. He has a bulldog style that’s difficult to contain at times on this level.
Posted by basketball spotlight at 1:31 PM