Gunning For #1: Roach Ready To Take On Countries Best At Future Phenom Camp! 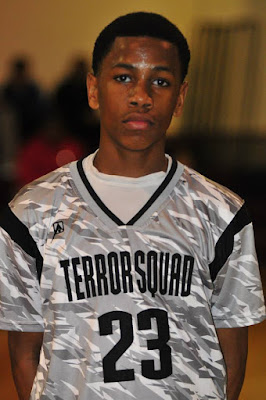 One of the hottest names in the country right now is Jeremy Roach who had a breakout year making an impact on the national scene; Roach has competed in every top event and impacted the outcome with his dynamic play. Roach will make his Spotlight debut joining the star-studded list of camp commits out of Virginia. Roach’s recent performance in leading his Team Melo squad to the national championship was epic; the question is no longer “is he the best guard in the DC Metro area?” rather it’s “is he the best guard in the country”.

Jeremy is effective at all 3-levels and possesses a handle and range combined with a nose for the paint – yet his IQ allows him to make the necessary reads to make the right play for himself or his teammates and he remains a willing passer even with his elite level status. If you considered him under the radar before, many knowledgeable basketball minds have seen this coming for years, he is now center stage and be careful you may be starring in his next video if you take the floor against him; August 22nd and 23rd only real players need apply to go head to head against this guy.

CLICK HERE IF YOU HAVE GAME
Posted by basketball spotlight at 8:57 AM