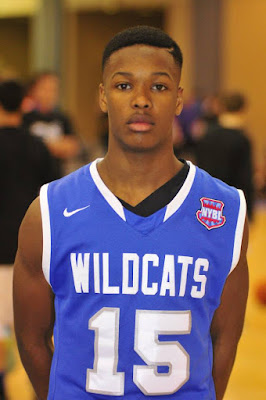 Nothing could be finer than this next level shooting guard with the pro-style game from North Carolina who has made a commitment to give the nation the business at the Basketball Spotlight Future Phenom Camp. Watch his for five minutes and you know the kid is a problem, he gets is done with great efficiency while shooting a high percentage and can hurt you anywhere on the floor – he finishes with a combination of strength and athleticism, but most importantly he does it with a skill set that has been honed from hours in the gym. One of the nation’s best players but also one of its hardest workers, Cone stays ready.

A very mature and seasoned guard, he will impress equally with his IQ as well as his offensive prowess – a natural jump shooter with a ton of bounce he can create his own space and works well in it. Love the style and combination of shooter & scorer who does in it in the context of the offense. Cone has be considered a problem waiting to happen; the problem has occurred who will fall victim at the Basketball Spotlight Future Phenom Camp.

CLICK HERE IF YOU HAVE GAME
Posted by basketball spotlight at 10:10 AM