Basketball Spotlight Feature: The Sky Is The Limit For Bagley III! 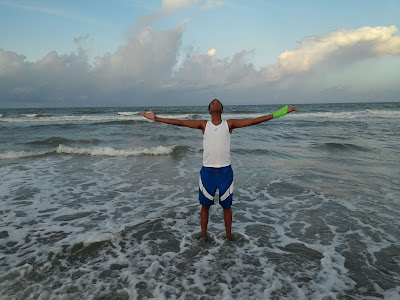 The Class of 2018 Top 100 rankings has been released and Marvin Bagley III topped our list. The smooth 6’8 forward from Arizona took his game over the country dominating the competition. He also showed the ability to expand his game to the perimeter and create off the dribble.

Bagley’s father Marvin Jr.. feels his son has earned early accolades but understands that this is a long road. “I truly believe Marvin is the best player in this class. However the key is being able to do what it takes to remain at the top for the next 4 to 5 years. Every year next prospects emerge and old prospects get better. Being ranked #1 puts a huge target on his back but he has the potential to hold down the spot until they graduate” said Marvin Jr.

Marvin Jr. has instilled a religious base in Marvin that helps him weave through the ups and downs of the basketball world. “I tell Marvin and his brothers all the time that if not going to the greatest then what’s the point. Through God’s continued blessings of course Marvin has a chance to be one of the most productive and dominant players we’ve have ever seen. His fear of God and his humble spirit is what will keep him and make him that much more special. Our motto is (Do Your Best And Let God Do The Rest)” he finished.

Basketball Spotlight would like to congratulate Marvin for topping our list and let me know this is only the beginning. He needs to continue to work hard on and off the court.

Posted by basketball spotlight at 2:08 PM