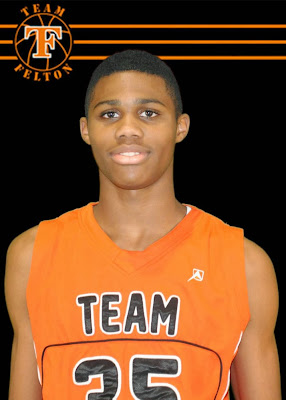 Will "The Thrill" Dilliard (Greensboro, NC)

The CP3 Elite Camp was composed as a true showcase for the top rising 9th Graders but no one gave Will Dilliard the memo. The 8th Grader used this platform to show off his skills. The loyal Team Felton soldier displayed his skills and supreme athleticism. His high flying dunks sparked this North Carolina based event.

Will’s AAU Clarence Waddell has seen this movie before. “I’ve had opportunity to coach Reggie Dillaird (Will’s brother), PJ Hairston and Rodney Purvis and Will is by far the most athletic player I’ve guided. I enjoy how hard he works and how he demonstrates leadership” said Waddell.

Before you think a little attention could stare Dillaird off his track Waddell sets the record straight. “This kid received national attention when he was #1 on ESPN Sportscenter Top 10 even beating Tiger Woods. He still was the same humble Will, willing to work and get better. I think if he works harder to keep the defense honest with his jump shot the sky could be the limit for this kid” he finished.

Basketball Spotlight would like to introduce Will “The Thrill” Dillard and we will keep tabs on his progress this season. Stay tuned because we have more top players coming.

Posted by basketball spotlight at 10:59 AM