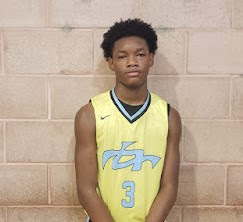 The 7th Grade Division of the Basketball Spotlight Tip Off Classic was filled with exciting players. Here’s our first look at the top performers
Tip Off Classic 7th Grade Orange Division Top Performers Part 1
Tyler Sutton Guard (Team Final)- Due to Covid 19 cutting our events we didn’t get to see much of Tyler Sutton last season, but his game was worth the wait. Sutton has grown a few inches and uses an aggressive style that can be a nightmare for defenders. He has explosive finishes and will drill an outside shot. I also like the way he see’s the floor. He tallied 26 markers in their championship victory. 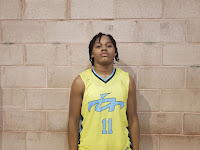 Nazir Tyler Guard (Team Final)- Some will label Tyler a forward but he plays like a punishing guard. Tyler uses his strength, touch and body control to score buckets and get to the charity stripe. Opposing defenders don’t like crossing his path when he’s driving the lane. He was second in the scoring column with 17 points for the winners. 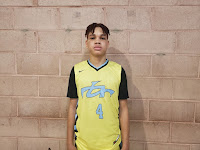 Rashad Robinson Guard (Team Final)- Robinson was another compact scorer for this final bunch. He attacks well in the half court by picking his angles and also knows how to get to the foul line. He played an integral part of helping them win the crown. He finished the game with 12 markers. 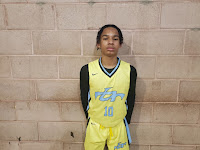 Keron Booth Jr. Guard (Team Final)- I like the energy this kid showed especially on the defensive end. He wasn’t afraid to move his feet or sacrifice his body for the squad. He made ball handlers work to get the rock up the floor. He also chipped in 9 markers in the win. 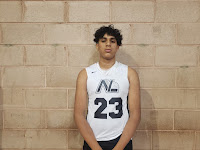 Sebastian Cotte Forward (NY Lightning)- Cotte started off slow in the chip but the lanky forward picked up his production as NY Lightning made a comeback attempt. He’s nice wing product who can also get things done on the post. He showed good touch with either hand off the glass. He scored 15 points in the loss. I can’t wait to see how he develops in the coming years. 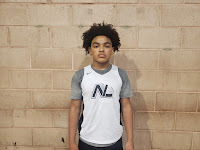 Jayse Johnson Guard (NY Lightning)- This strong combo guard wasn’t bashful with letting it fly. He can score the pill from all three levels. He’s difficult to defend because he can literally carry defenders to the cup. He tailed 20 markers including 2 treys in the finals loss. 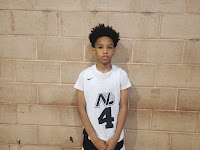 Peyton Howell Guard (NY Lightning)- This throwback point guard is a joy to watch because of his flair and willingness to pass first. He broke down defenders at will while dropping dimes to cutting teammates. He will also score a bucket if needed. 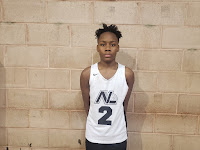 Michai White Guard (NY Lightning)- White is another guard I like for NY Lightning. He plays the game with supreme confidence and showed some ability to get to the hole. His size and skillset indicates he could become a good prospect in the future.
Posted by basketball spotlight at 8:47 AM