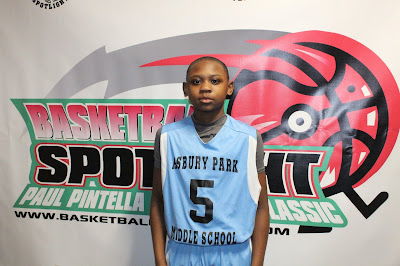 The Paul Pintella Memorial Classic brought together eight middle school teams and was a huge success. Here’s our next look at the top performers.

Mesean Williams Guard (MLK-Asbury Park )- The All Tourney selection was cooking this weekend. He was breaking down defenders and getting in the lane with ease. He had his floater game popping and deep threat. He was seen often leaking into transition for easy buckets. He opening the event with a 20 point game versus Rivera Middle and finished 18 points in their semifinal loss to Joyce Kilmer.

Jaisun Brown Forward (MLK-Asbury Park)- Brown was the best long term prospect in the building. His offensive skills are still developing but he was effective at time. On defense he dominated in the paint. He altered or blocked many shots in his area. The game totally changed when he got in foul trouble. The Bishops might have something special in this kid.

Javon King Forward (MLK-Asbury Park)- There’s nothing flashy about King’s game because he does all the dirty work for the Bishops. He guards bigger opponents, hit the glass hard and will dive for loose balls. He also contributed a couple of buckets on the offensive end. 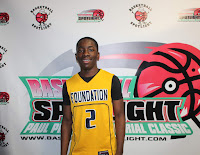 Kabrian Goss Guard (Foundation Academy)- On Saturday Goss looked tremendous as FA defeated TCA to advance to the semifinals. He penetrated the lane like a dart and either scored the rock or dropped off some decent dimes. He was probably most effective on defense and he tortured the TCA guards as they tried to bring the rock up. His play earned him All Tournament Honors.

Erik Oliver-Bush Guard (Foundation Academy)- I like some of the tools this kid has. He lanky, can create his own shot and has a soft jumper. As his basketball career progresses so will his confidence and he should be a good prospect down the road.

Samir Padilla Guard (Lakewood Middle)- Padilla singlehandedly put the Piners on his back in a comeback attempt against Joyce Kilmer. Their rally fell short but he dazzled the crowd on his way to 25 points. He was scorching the net and scoring from all three levels. He’s a true problem trying to keep in front. He took home All Tournament Honors.

Devin Wright Myles Forward (TCA)- Before leaving the game with an injury Myles was giving Foundation all types of problems. He’s a tough matchup because he has the forward size on this level but can handle like a guard. He scored mostly driving to the cup. He had 14 markers before he got hurt. He made the All Tournament Team.

Quiyon Williams Forward (Hedgepeth-Williams)- Williams has nice size for a wing player. He likes to shoot the outside shot even off the bounce but I do believe he should drive a little more. On defense he played the passing lanes and helped out on the glass. He finished with 14 points and took home an All Tournament Trophy. 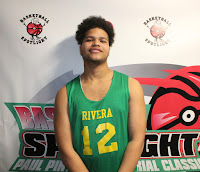 Anywory Jiminez Forward (Rivera Middle)- Jiminez used his size and strength to bang hard inside. He did his damage on the glass and clogging the lane. He wasn’t much of a scorer but did other things that earned him a spot on the All Tournament Team.
Posted by basketball spotlight at 8:35 AM