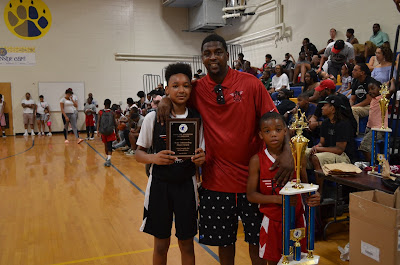 The F.A.M Outreach All Star Games took place in Lawnside, NJ and Basketball Spotlight was in the building for the action. The first contest was the rising 6th Graders and the Red Team won 48-28 here are the players that impressed us. 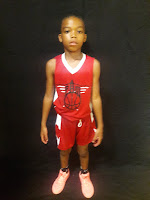 MVP- Torrey Brooks Guard (Red Team)- The southpaw took home MVP honors again. His handle includes several crossovers and some mean up fakes. He had defenders on skates all day. His long ball was dropping and he was tremendous in the open floor. His only trouble came when he penetrated too deep. The rising 5th Grader finished with 12 points. 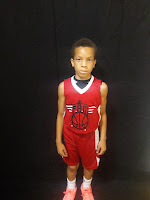 Kiyen Alexander Guard (Red Team)- The pint size point guard was fearless on both ends. He attacked the defense with a low dribble and got to the cup at will. When the defense played off him he showed he could nail the trey. On defense he was a menace for 94 feet and making the ball handlers work. I enjoyed watching him do work. 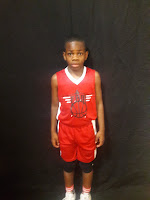 Tyrone Washaun Guard (Red Team)- Speaking of defense this kid played the best on ball defense in this grade level. He was a total ball hawk pressuring the pill and playing the passing lanes. His offense wasn’t shabby as he attacked the hole and continued to make smart plays. Hard nosed old school point guard. 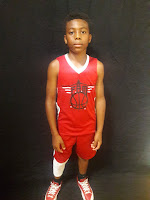 Marcus Upton Guard (Red Team)- I love this kid’s mid-range game and scoring ability. He came to life in the second half and helped the Red Team take home the victory. He was the spark they needed to stretch the lead out. 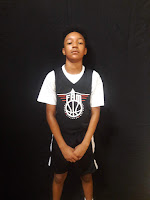 MVP- Judah Hildago Guard (Black Team)- Hildago was by far the most talented on the floor. Right now he brings size, skills and a tremendous basketball IQ to the table. He gets anywhere he wants on the floor and his size makes it easy to pass or shoot over the defenders. Entering 6th Grade and he already has the presence of mind to post defenders and pass out of the double team. This kid is a problem. 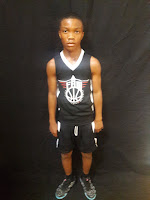 Rody Colson Guard (Black Team)- Colson has his handle on full displayed. He danced on defenders until the lane opened up. Once he got inside he used his toughness and body control to get a pass or a floater off. He had the rock on a string this afternoon. Throwback guard. 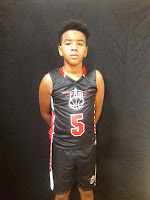 Shareef Jackson Forward (Black Team)- Jackson was a force on the glass and inside the paint. He’s still learning the game in terms of post-up moves and establishing position which is expected for a rising 6th Grader. During his good moments he made some tough moves to the basket, blocked a few shots and crashed the boards.


CLICK HERE TO VIEW THE #1 CAMP IN AMERICA
Posted by basketball spotlight at 3:38 PM