Gunning For #1: "The Lion" Is Ready To Defend His Crown! 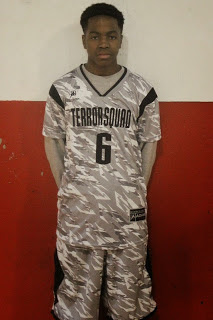 The #1 rising 7th Grader in the country Zion “The Lion” Harmon will be returning to the Basketball Spotlight Future Phenom Camp. “The Lion” has taken his game on a world tour this past season. He won titles with the Terror Squad, Oakland Soldiers and We All Can Go All Stars. He also hit the camp circuit while making stops at John Lucas, Neo and most recently CP3 Camp. Now he will be making his final camp stop at The Future Phenom Camp.

Last year he gave us a taste of his game while leading the entire camp in scoring and finishing as one of the top performers in the building regardless of class. Many players will be headed to the Future Phenom to get a piece of “The Lion” but be careful what you ask for.

Posted by basketball spotlight at 7:17 AM