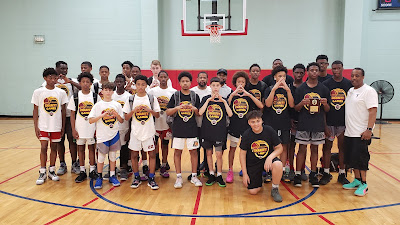 The Antonio Sellers Charitable Event took place in Teaneck, NJ and Basketball Spotlight was in the building. In the Middle School game, the Black Team defeated the White Team. Take a look at the players that impressed us in this event. 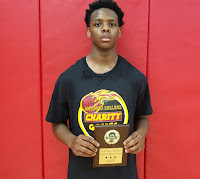 MVP- Jarrett Dingle Guard (Black Team)- The spectacular guard from the Big Apple once again put on a show. In isolation he was impossible to guard as he put together a number of dribble moves that caused the lane to open. He used his body control and crafty touch to finish off at the tin. He explosive guard also showed above the rim prowess with several dunks. 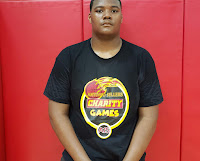 Sydir Mitchell Jr. Forward (Black Team)- Mitchell also made a run at the MVP award with outstanding play. He was a match up problem because he could score on the post or put it on the deck while attacking from the perimeter. He has the touch and footwork of a guard with the body of Charles Barkley. 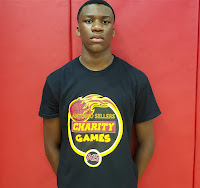 Korbyn Samuels Forward (Black Team)- Samuels was another high flyer for the Black Team. He got up and down the floor in a blur and finished above the rim when giving the opportunity. He also was active on the defensive end by playing the passing lanes and guarding multiple positions. 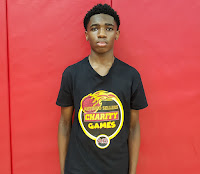 Justin Bonsu Guard (Black Team)- Bonsu has a ratchet from the perimeter but also showed off some of his play making skills. He was able to get into the lane and score or drop off the rock. He also excelled in the transition game. 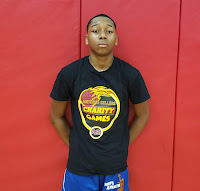 Zion Fowler Guard (Black Team)- Defense is usually an after thought in these types of events but no one gave Fowler the memo. This wing guard took pride in defense by moving his feet well and tracking down opponents in transition. On offense he showed some athleticism when attacking the cup and finishing.

MVP Simeon Wilcher Guard (White Team)- Wilcher jump shot was a little off but he just laughed it off and attacked the cup. His smooth driving style and leaping ability made things easy once he got to the rim including a couple of dunks. He just plays with a different maturity and pace to the game versus his peers. Led the White team in scoring. 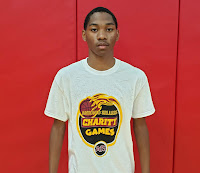 Khalid Sanders Guard (White Team)- Sanders was a hawk on defense including multiple steals which lead to fast breaks for his squad. He also knew how to fill the lane on the break and score. I loved the energy he brought to the game. 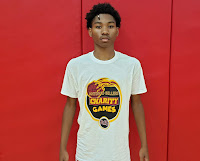 Khalil Sanders Guard (White Team)- The other Sanders twin is a more of a scorer’s mentality. He loves getting to the tin and finishing with a Jelly type bucket. He showed true explosiveness and supreme body control in traffic.
Posted by basketball spotlight at 1:02 PM