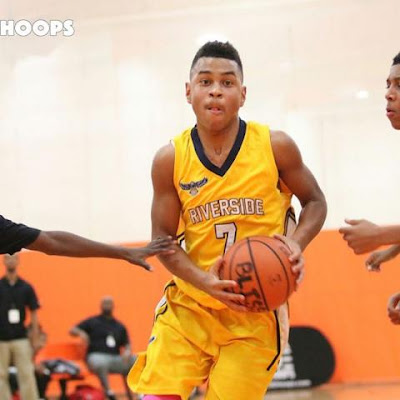 The 6th Grade Division at the Basketball Spotlight Tip Off Classic came with a lot of heat. Here are the top performers from the weekend in Neptune, NJ.

Francisco Mattei Forward (Riverside Hawks)- Mattei simply just punishes opponents with his bruising style. Once he gets the ball in the lane he has one thing on his mind and that’s getting buckets. He finished with 16 points in the championship game and took home MVP honors.

Kamren Rodriquez Guard (Riverside Hawks)- Never a stranger to the bright lights Rodriquez stepped up during the finals. The floor general did his job of making plays and scoring himself. He has the poise, game and swagger for the big stage. He tallied 15 markers as Riverside took home the banner.

Michael Carothers Guard (Riverside Hawks)- One of the smoothest players in the region Carothers can stroke from deep with ease. He can stretch the defense and he showed it in the championship but nailing 3 treys on his way to 17 points. He has proven to step up for Riverside in money time.

Joey Medlin Forward (NY Rens)- Medlin uses a power game inside and is an intimidating force. He scores close to the basket and rebounds hard. On defense he clogs the lane and protects the basket by blocking or altering shots. We are forced to keep an eye on this kid.

Darius Coleman Forward (NY Rens)- Coleman plays alongside Medlin and did damage on the weak side in the finals. He tallied 14 points and made a living at the charity stripe. He and Medlin makes a mean 1-2 punch. The NY Rens are in good hands with these two.

Tylaur Johnson Guard (NY Rens)- This floor general has a lot of wiggle in his game and proved it at the Tip Off Classic. He gets in the lane whenever he wants and takes care of the rock in the process. He added some scoring in the championship with 13 points in the loss.

Zatai Townsend Guard (NY Rens)- Townsend plays the game with a fast pace and can either play the point or the off guard position. He has an all-around game in terms of setting up teammates and scoring. Another young NY guard that can make things happen.

Alpha Berry Forward (NY Mustangs)- The forward has a serious upside and tore up the scoring column at the Tip Off Classic. He tallied 27 points against NY Lightning and 23 points versus the Brooklyn Rens. This young forward gets buckets and doesn’t care who he is playing against.

Darelle Ervin Forward (Brooklyn Rens)- Ervin bullied his way to a big weekend for the Brooklyn Rens. He scored 16 points against the NY Mustangs. He has a tough game in the paint.
Posted by basketball spotlight at 7:55 PM