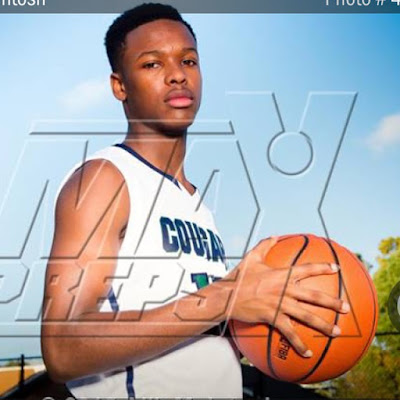 Hello Basketball Spotlight Fam! The past few weeks have had its highs and lows on the court. Our season has started and we are learning each other and what is best for our team. We played in the Charlotte Hoops Classic and took an “L” (loss) against Providence Day. That was probably the best thing that has happened to our team this far. That loss caused us to make adjustments. We had gotten the big head because of our rankings and all of the attention. Since that loss, everyone is working harder individually and as a team. On a positive note, I got the following write-up from that tournament…

“2020 5’10” PG Jalen Cone – Seriously doubt there’s a better player in the 8th grade class than Cone. His ability to guard the ball 94 feet was fun to watch. Nice stroke from the outside, college coaches need to get in line now.” - http://www.thehoopscolumn.com/2015/11/30/player-notes-from-charlotte-hoops-challenge/

Our next game was against Christ School. We played at the University of North Carolina at Greensboro in the Fleming Gymnasium and still had a packed gym. Our team played like dogs. We went after everything. We were aggressive, and wanted it more than the other team. We are still learning in areas where we need to get better. We ended up winning by twenty-two points. It was a great feeling after the game in the locker room. Individually, I played better. My confidence level is growing rapidly.

Playing out here with these older guys, I am realizing that things that I never thought that I was good at, I am now seeing that I am very good. For example, my defense has been phenomenal in each game that I have played so far according to scouts and spectators. I am playing these high school guards baseline to baseline which is tough with some of the shifty, fast and strong guards that we play. Areas to improve upon in my game are being aggressive and getting into the lane so that I can get my teammates open shots.

Jalen Cone
Posted by basketball spotlight at 8:34 AM