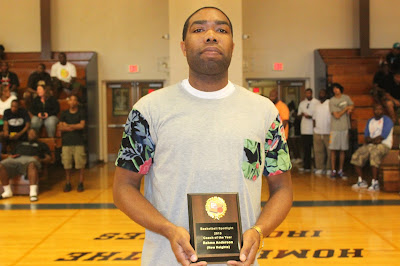 Rahme Anderson guided his New Heights troops from the middle of the pack to the MDC and Grand Finale Championship. Instead of recruiting players from other squads he stuck with his core and just got them better. His efforts earned him the 2013 Basketball Spotlight 8th Grade Coach Of The Year. We would like to congratulate Coach Anderson and wish him the best in the future.
Posted by basketball spotlight at 1:07 PM