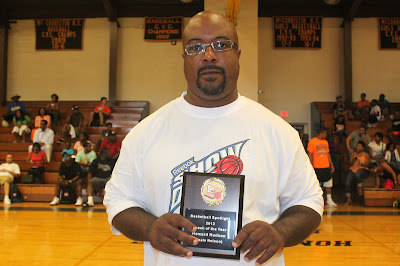 Howard Hudson returned with his Team Nelson camp to repeat as Grand Finale Champions. He made his presence felt immediately while sweeping the AC Showcase, MDC and Grand Finale championship. He also took home the Mid Atlantic Championship along the way. His success earned him the 2013 Basketball Spotlight 6th Grade Coach Of The Year Award.
Posted by basketball spotlight at 6:10 PM