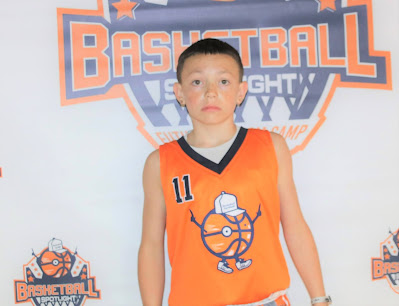 The Basketball Spotlight Future Phenom Camp Class of 2028/29 gave a us a look at the Baby Ballers on the rise. Here’s our second look at the top performers.
Future Phenom Camp Class 2028/29 Top Performers Part 2
Donovan Spross Guard (NJ)- Spross was truly impressive at the Future Phenom Camp. He is equipped with a deep ball, floater and finishing ability in traffic. When he’s running the show he’s a vocal leader and takes care of the rock. I have a feeling I will be writing about him for time to come. He finished as a Top 20 All Star. 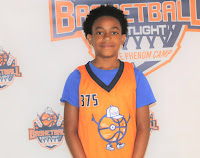 Justin Wright Guard (DE)- Wright is another guard that caught our attention. The Delaware product is ultra-quick and finished off plays with ease. Defenders were at his mercy when he decided to attack down hill or in transition. Delaware has been producing players rapidly and Wright might be one coming down the pike. He finished as a Top 20 All Star. 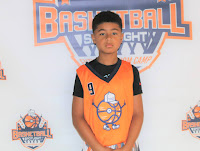 Josiah Andino Guard (NJ)- While some think the mid-range game is a lost art form this kid pull up game is legit. He can stop and pop on a dime or use a floater to score over you. I like the confidence and aggression he uses when handling the rock against pressure. Andino has ice cold veins. He finished as a Top 20 All Star 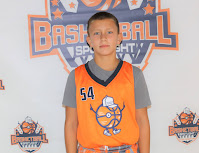 Aaron Feath Guard (NJ)- The southpaw knows how to get a bucket. His craftiness slows him to get anywhere he wants on the floor. I believe this was his Spotlight debut and I must say he didn’t waste the trip. I look froward to seeing him rock again. He finished as a Top 20 All Star. 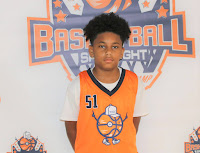 Wayne Graham Guard (NJ)- Graham also made his Spotlight debut and I must say this youngster has a trigger and not afraid to use it. Once he got used to the pace of the camp games Graham found his spots and made the defense pay when he had the opportunity. He finished as a Top 20 All Star.
Posted by basketball spotlight at 11:57 AM