Is Isaiah Todd The #1 Player In America? 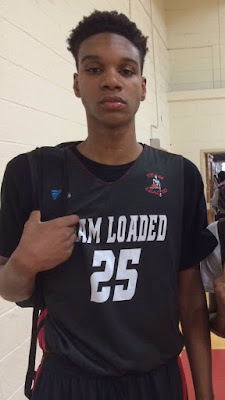 This past fall when we released our Class of 2020 player rankings we talked about Isaiah Todd having the ability to one day reach to top of this list. This day might be sooner than later. The 6’9 forward is developing his wing game and preparing his game for the high school level and beyond. He currently resides in Richmond, VA and has become one of the building blocks for Team Loaded. Well known scout William Francis of P2Bball.com feels that the skills Todd is learning will benefit him beyond high school. “The drills and the way they are developing him is grooming him for the major college or NBA level. He’s learning how to do things that are advanced than the normal high school player. The scariest aspect of his game is that he hasn’t scratched the surface of his potential” said Francis.

Posted by basketball spotlight at 2:24 PM