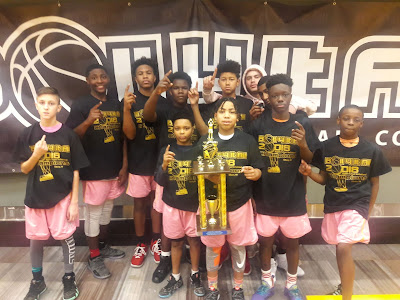 Dream Team Academy came out strong and never looked back as they defeated City Rocks to win the Ball 4 It All Middle School Invitational 7th Grade Championship. Here’s a look at our top performers from the 7th Grade Division. 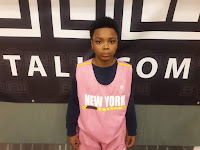 Jalen Guerrier-Lewis Guard (DTA)- The pint size point guard dazzled the crowd with his ball handling, step back treys and his floaters. Defenders paid for trying to run up on the kid. I also like how he showed body control when he got to the cup. On defense he was a pest and ripped a couple of ball handlers in the open floor. 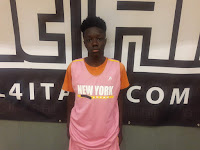 Quymaine Haggren Guard (DTA)- This kid had his Jelly layup game on full display. The southpaw has a flashy but effective game. Once he gets past the first line of defense the shot blockers didn’t have a chance. He has deep range on his outside shot but does possess an awkward form. He plays the game with serious confidence. 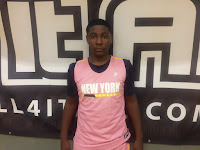 James Oliver Forward (DTA)- Oliver punished City Rocks on the blocks in the finals. They tried double teams and traps but they had no answer for this kid. He also can step out and stretch the defense while showing good touch. A few times he was able to handle coast to coast before making a play. He’s very versatile for his size. 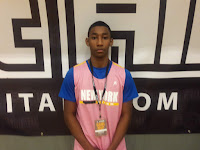 Damoni Nelson Guard (DTA)- Nelson was wired to score and didn’t have a problem putting it up. He looks stronger going right and finishing at the tin. I also like his mid-range pull up and runner in the lane. It’s difficult to block his shot because he knows how to use his body to shield shot blockers. He had a big-time weekend. 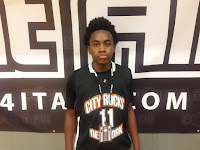 Keyshaun Tillery Guard (City Rocks)- Tillery uses a hesitation and runner in the lane as his main arsenal. He specialized in getting to the cup. His quickness had defenders puzzled for the most part. I also like how he looked in transition. 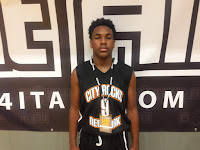 Jahmir Pitcher Guard (City Rocks)- Pitcher is built like a running back and that’s how he attacked the hole. He cradled the rock and used his frame to get around shot blockers. He has a scorers mentality and willingness to get to the free throw line.
Posted by basketball spotlight at 9:14 AM