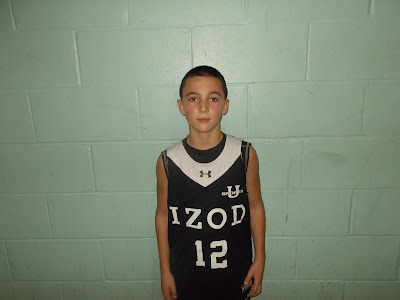 The Teach Me Classic Winter League kicked off this weekend and Basketball Spotlight went to Teaneck, NJ for the opening day. We decided to focus our coverage on the 5th and 6th Grade Divisions. Here’s our top performers from the 5th Grade Division.

Christian Greeley Guard (Team IZOD)- Greeley started the game with a flurry of good passes and quick drives to the cup. He surveyed the floor like a true surgeon and delivered the passes on point. He had a good balance of attacking and also letting the game come to him. 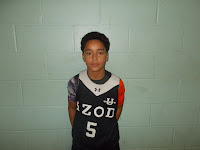 Elliot Cadeau Guard (Team IZOD)- Cadeau entered the game and went right to work. He was one of the most talented players I seen on this grade level. He has a strong handle with the rock and a unique feel for the game. He scored with ease and also proved to be a more than capable play maker. On defense he bullied ball handlers and stripped several steals. 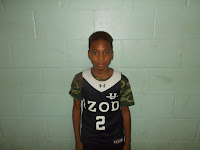 Tahaad Pettiford Guard (Team IZOD)- The southpaw came up big at the end of the game with a long trey and a steal which resulted in a layup. He’s an instant spark once he touches the rock and isn’t afraid to let it fly. I like his confidence and he will be a player to watch. 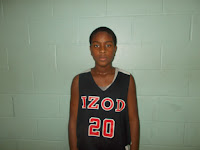 Mackenzie Mgbako Forward (Team IZOD)- This kid has a motor most will dream of. He’s always around the rock whether it’s rebounding or blocking shots. He has some ways to go in terms of establishing his touch inside but that should come in time. But he will nail free throws if he’s put on the line. 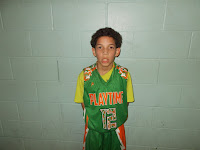 Michael Salibo Guard (Playtime)- This Playtime floor general understand his role and plays it well. He enjoys breaking down defenders and getting the ball to teammates. He has an impressive drive, draw and dish game. He also will nail the trey ball off the dribble or when the rock is rotated his way. 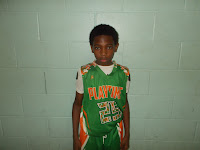 Justin Bonsu Guard (Playtime)- While Salibo ran the show Bonsu took care of the scoring. The combo guard stroked the deep ball and was a load to handle in transition. He continuously beat defenders down the floor and finished at the cup. He has the strength and confidence to be a major contributor on this level. 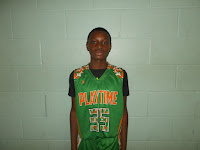 Akil Watson Forward (Playtime)- Watson also plays the game with enormous energy. He’s very active on both ends of the floor and will convert a layup in traffic. I like his size and potential he shows down the road. Playtime might have a good one in this kid.
Posted by basketball spotlight at 11:33 AM