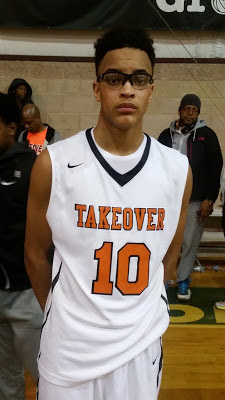 Terrence “Big Smoove” Williams is regarded as one of the top forwards in the country and has put together an outstanding Basketball Spotlight career. Williams starred with the loaded Team Takeover squad which is considered the #1 8th Grade team in America. His squad won the Basketball Spotlight Clash For The Cup and many other tournaments. Williams now will close it his middle school career at the 7th Annual J.E.M. ALL STAR CLASSIC.

Basketball Spotlight would like to congratulate Terrence for his selection and wish him the best as he enters high school next fall. Stay tuned as we bring you more top players that will be participating in the 7th Annual J.E.M. ALL STAR CLASSIC.

Posted by basketball spotlight at 8:17 AM