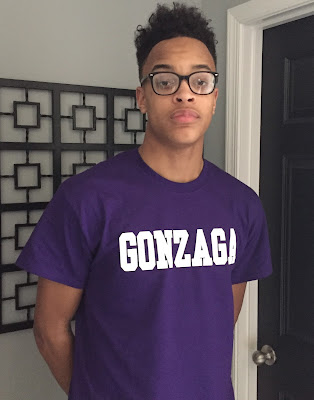 Well, this is my final BBall spotlight entry and it's also my last week of middle school basketball. So this week I will run down my elementary and middle school career. At times it's hard to believe that high school is approaching because the time has gone by really fast.

I started playing when I was like 5 years old with a county team in Maryland (Forestville Falcons). I started playing AAU when I was 8 years old with the famed DC Assault (Assault). From 8u-10u I played with Assault, picking up 8th in the country at 9u AAU Nationals and 11th in the country at 10u AAU Nationals. When 10u hit, I went to Nike Team Takeover (TTO) where we placed 5th in the country that year at AAU Nationals. This was also the time when I really improved my game beyond the five position and became stronger in the four position (S/O to Coach Jack Brown for pushing me in this direction). Somewhere during this time is when Mike Melton gave me the name "Big Smoove". Thanks Mike for pushing me in this game as the BBall Spotlight tournaments were good opportunities for me to play with other players across the region and country and improve my game.

In 6th grade I then moved to ETU Select. I think this season was my breakout season because I started to get my name out there a little bit. This year we ranked 8th in the country. 7th grade I went back to TTO. We placed 4th in NYBL that year and 4th in AAU nationals. After the season I reclassified into 2020, but still played with 2019 the entire season with Team Rio in the summer, and during AAU season, I played with my home team TTO. With Rio, we won Fab 48 and with TTO we were runner ups in the Made Hoops league and top four in Peach Jam.

My last year of middle school has been a exciting. With my TTO teammates, we've accomplished a lot but it's just the beginning. We're playing all 15u events this spring and summer to get ready for high school. All in all, it's been a nice journey so far with a lot of good experiences and lessons learned. During this time, I've had the opportunity to see the country, learn under some great coaches, and play alongside great players from across the country. In the end it's like a big family and because of basketball, I have friends across the country.

Also this week, I made my high school decision and will be attending Gonzaga College High School in Washington, DC! I loved the feel of Gonzaga from my shadow visit and think I will thrive there. I'm looking forward to the next four years. This weekend I played my final two PYBL middle school games (PYBL is a local DMV area league). I have been playing in it for 3 years. We won the championship by 1 and completed the season undefeated. This was a good way to end my PYBL middle school career.

I want to give Mike Melton and Basketball Spotlight a big thanks for giving me the opportunity to do the Diary of a Baller. Thanks for the support too. In closing, always remember to keep God first in whatever you do and do not let the attention and positive or negative feedback of others affect you. Keep working everyday and prove people who doubt you wrong! That's how I've been succeeding, by working hard everyday (in school and at basketball) and keeping God first and not feeding into the hype. Again, I want to thank Mike for letting me do these diaries.

Signed, Terrance (with an "A")
Posted by basketball spotlight at 8:34 AM