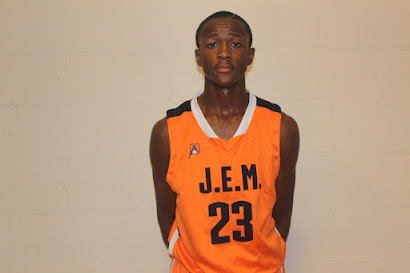 The Top 30 Small Forwards to ever come through Basketball Spotlight Events are listed below. The list was comprised based on the dominance and impact of the player during that event or events. If we forget a prospect that is too glaring then they will be added. This was a fun experience and should be looked at as such. The players are listed by AAU Team, College and NBA team which drafted them or who they are currently affiliated with.
Basketball Spotlight Top 30 Small Forwards Of All Time
1. Scottie Lewis- (Team Rio) (Florida): Lewis jumped unto the Spotlight scene as a 7th Grader and became an instant star. The box office attraction above the rim prowess and effectiveness on the other end of the floor had the high school AAU directors coming out in droves. He was definitely worth the price of admissions.

2. Mike Kidd Gilchrist- (RBK All Stars), (Kentucky), (Charlotte Hornets): Gilchrist stepped into the Spotlight as a 7th Grader in the Clash For The Cup and continued the next year at the MDC playing with RBK All Stars. He became arguably the top player in the country while leading them to an AAU final four.

3. Trey Patterson- (Sports U and IZOD), (HS): Trey carried the target of being the top player in his class since entering Basketball Spotlight as a 4th Grader. The big wing combines size with a unique skillset. He faced many head to head challenges and proved to be victorious.

4. Elijah Fisher- (Can Grassroots), (HS): Fisher names range bells since we walked into a Spotlight event. The high flying forward southpaw packed size, power and athleticism. He shined bright with every eye on the gym on him. 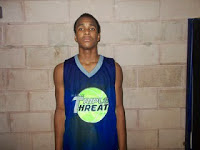 5. Donte Scott- (Team Nelson), (Maryland): Team Nelson went on a serious championship run during their Spotlight years and Scott was a lead catalyst. He could get his shot off against anyone and had the size to be a matchup problem. This kid was a joy to watch.

6. Fuquan Edwin- (Playaz), (Seton Hall): During his middle school years Edwin scored like we breath. The lanky forward filled the lanes and finished off plays like a young James Worthy. He also will stick his head inside and help out on the glass. He starred in the Clash For The Cup and Grand Finale. 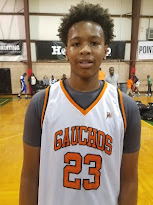 7. Antonio Sellers- (NY Gauchos), (HS): In 7th and 8th Grade Sellers separated himself from the competition. The versatile wing passed, scored and got anyway he wanted on the floor at his pace. 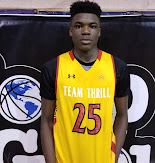 8. Jarace Walker- (Team Thrill), (HS): Walker came through with Team Thrill and instantly took over the tournament. His frame and skillset were too much for the opposition. He was able to get things done from all three levels.

9. Akil Watson- (ECE) (HS): Watson’s potential started becoming production in 7th Grade and he was a problem since then. The long wing cut through the defense for buckets and also gave them a taste of his long range prowess.

10. Emoni Bates- (Bates Fundamentals), (HS): Once Bates got accustomed to the East Coast speed he proceeded to go at work at the Future Phenom Camp. His length combined with guard skills made it hard for him to be contained.

11. Jayon James-(Playaz), (Fordham): James was one of the most versatile players to come through the Spotlight. He was listed as a small forward but had point guard instincts. He was a stat stuffer to the fullest.

12. Justin Jackson- (YAACE), (Maryland): Jackson was one of our first big stars from Canada. He had the size but also knew how to attack and finish off the bounce. He finished over smaller defenders and helped out on the glass.

13. Jermaine Samuels- (CBC), (Villanova): Samuels pushed through like a freight train and finished with the best of them. He showed above the rim prowess. A lot of defenders hated to see Samuels coming.

14. Chris Baldwin- (Expressions), (UMass): Baldwin represented for the X to the fullest. He gave opponents fits with his size and ability to score the rock. Chris had a crazy buzz leaving middle school.

15. Armani Sexton- (Playaz),: “The Live Wire” was difficult to handle especially going full speed ahead. He had shifty moves and good bounce when finishing. Sexton was a joy to watch! RIP “Live Wire”. 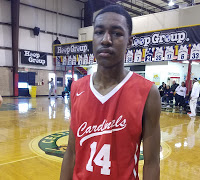 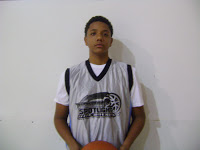