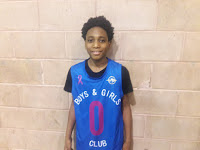 The 7th Grade Division of the MDC had several new players and teams. Here’s a look at our top performers part 1.

Tahaad Pettiford Guard (JCBC)- “Give Me 3” had an argument with being Mr. Memorial especially after his championship game performance. He was spectacular behind the arc nailing four treys. He just knows how to create space off the bounce and once he gets some breathing room he will definitely make you pay. Tahaad finished with 25 markers in the finals and is one of the favorites for 7th Grade POY. 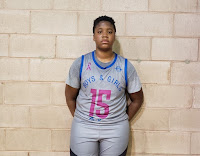 Thomas Sorber Forward (JCBC)- Sorber had his best game against the players from his hometown, T Town Ballers in the semi-finals. He hit a few turnaround jumpers when JCBC was trying hold off the Capital City Boys. He finished that contest with double digits.

MJ Ford Guard (JCBC)- Ford is a lock down defender and showed it throughout the tournament. He came up big in the semi-finals by containing some of the toughest guards on the T Town Ballers. He also got involved on the offensive end by nailing a pair of treys on his way to double digits.

Miles Chevalier Forward (NJSS)- Chevalier almost led NJSS to the upset victory. The all around wing forward was on full display as he nailed 3 treys and also did damage on the post. He was a serious match up problem for Mayo and Sorber. He finished with 24 points in the championship game loss. 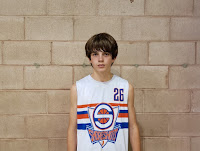 Griffin Linstra Guard (NJSS)- Linstra has good size for the wing position and knows how to get his shot off with in the offense. He will knockdown the outside shot or finish off drives at the tin. On defense he knows how to beat opponents to the spot and help out on the boards.

James McCarty Forward (NJSS)- McCarty does all the dirty work for this squad. He clogs the lane on the defense and hammers the boards. On offense he can hit the face up shot or contribute as a weak side rebounder.

Mason Yablorski Guard (NJSS)- Mason is the 3 point threat that opposing teams fear to see. He stretches the defense and seems to always nail the trey that makes the opposing coach call timeout. He loves hitting the big shot. 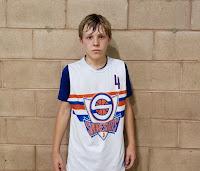 Ryan Franenheim Guard (NJSS)- Nothing happens in NJSS offense without Ryan running the show. He enjoys finding open teammates and usually distributes the rock on time. He constantly made JCBC pay for gambling and trapping on defense. His unselfish play stood out.

CLICK HERE FOR FUTURE PHENOM CAMP INFO
Posted by basketball spotlight at 7:59 AM