Basketball Spotlight Feature: The Return And Rise Of Jalen Gaffney! 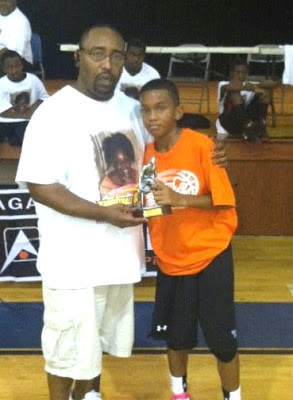 Gaffney Player Of The Year

In August 2012, Jalen Gaffney was named Basketball Spotlight 5th Grade Player Of The Year after dominating the Spotlight circuit and finishing as one of the top rank guards in America. During his 6th Grade season Gaffney had a snag in his physical growth which affected his game and caused him to dip in the national player rankings. His father A.D. Gaffney was front and center during this time. “Jalen has always been a gym rat. When you have early success it’s tough to maintain and it comes with a lot of pressure. We just needed to get back in the gym and work on the basics and fundamentals. Jalen also needed to play on the ball more as opposed to off the ball” said his father.

During his 7th Grade season Gaffney joined Team Rio National and began developing his point guard skills. His father was appreciative of joining this new group and developing his game with I’m Possible Training. “A lot of the training that we do comes from I'm Possible. I needed Jalen to also hear a different voice but still have the same message. So I need to thank Micah, Bryce , Brian and DJ for taking the time to work with him. Also we opened up the training HQ in Colts Neck, which allowed him to get shots up with the gun whenever we needed. He still needs to get stronger as we prepare for high school but that will come as he continues to grow and fill out” said AD Gaffney. 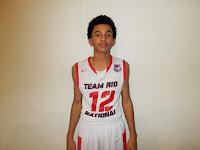 With a season of point guard tutelage under his belt Jalen was ready to take control of the high powered Team RIO National 8th Grade squad which is rated as one of the top teams in America. He ran the show as they won an enormous amount of championships including three on the Basketball Spotlight circuit and even more playing on the high school level. His increased skill level, size and confidence has him placing his name back into the pile of top guards in the region. His father is pleased with his emergence. “I constantly say to him that "This journey is a marathon not a sprint!" We were also fortunate to play with some very talented players (Scottie, Bryan, Tariq and now Cole), so there is not as much pressure. Now he is having fun and smiling more. And so am I. The key is to always be in the conversation. There was an adjustment period but I think he is finally feeling comfortable. Jalen is still learning every day and needs to be a leader on both sides of the ball” finished Gaffney.
Posted by basketball spotlight at 2:33 PM