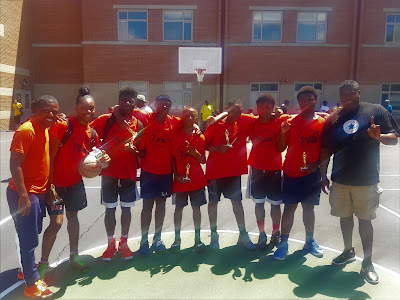 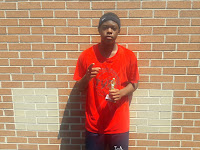 Our MVP: Robert Mathis Guard (Brian Davis Jr.)- Mathis stepped up and made some key plays to help his team when the title. He was able to finish through contact while converting at the cup. He showed some good guard skills with an outside shot and creating opportunities for teammates. I heard he’s also good on the gridiron which is always a plus. 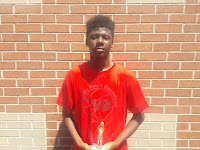 Kelvin Bropleh Guard (Brian Davis Jr.)- This lefty was seen attacking the basket at every chance he could. He operated on the baseline and charging from the wing. He can guard multiple positions and doesn’t mind getting dirty on defense. He has some athleticism that definitely stands out. 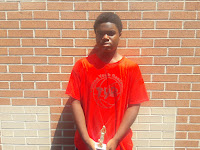 Jason Pintella Forward (Brian Davis Jr.)- Pintella was like Charles Oakley in this event. He finished some tough buckets in the lane even after getting fouled. He understands his role and plays it well. He also was very efficient at the charity stripe. 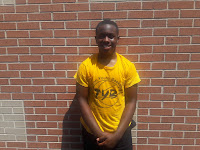 Ricky Spruill Guard (Katrina Davis)- Spruill went crazy in the scoring column by attacking in transition and finishing at the cup while absorbing contact. He attacked the lane like a running back and also impressed me with a couple of dimes he dropped. He was relentless from horn to buzzer. 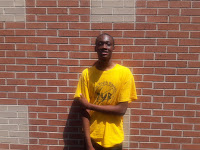 Zamir Brown Guard (Katrina Davis)- Brown was the best prospect on the court and showed us some flashes. I like how he can create and finish with both hands. He also showed he could attack on the bounce and does have some athleticism. He does need to work on his outside shot and being a little more aggressive.
Posted by basketball spotlight at 5:44 PM