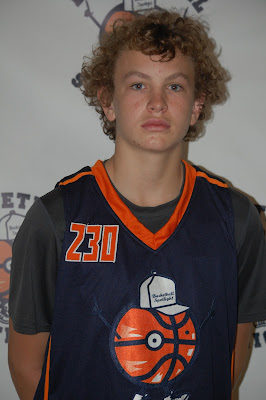 The Basketball Spotlight Future Phenom Camp is in the books. The top talent in the country brought their game to District Heights, MD and we have tons of coverage to release. Here is Part 2 of our Class 2021 report.

Carter Whitt Guard (North Carolina)- Whitt is a player you never get tired of watching. His unique feel for the game, court vision and shooting ability makes him one of the top guards in the country. He has the knack to see the game two or three plays ahead. He has some flair but doesn’t overdue it. His game definitely translates to the next level and beyond. I can see him playing at Cameron Indoor one day. This kid has the goods.

Rasool Diggins Guard (Pennsylvania)- Diggins was voted as the best shooter in the camp and for good reason. This kid has a mean ratchet from deep while also scoring from the other areas of the floor. He’s gets it done with quickness and sharp precision. Team Final has a nice one in this kid and I can’t wait to see him next year on the Spotlight circuit.

Juan Reyna Guard (Texas)- Reyna adjusted to the great competition and stepped his game up. The southpaw can run the team and hit the open jumper. He seems to always make the right pass or take the correct shot. His basketball IQ is in place and he’s willing to play both sides of the ball while locking down on defense. He kept his hot camp streak going as he made the Top 20 All Star Game. He was a joy to watch.

Nick Thomas Forward (New Jersey)- Thomas is a space eater that hammers the glass and scores close to the hole. He has some touch facing the basket and has developing foot speed. I like his size and the motor he plays with on the floor. He stuffed a stat sheet with points, rebounds and blocks. He should be one to watch PSA Cardinals next fall.

Jayden Brown Guard (New Jersey)- Brown has made the transition to being a true point guard. He sets up defenders with crafty dribble moves before exploding to the hole. When the defense backs off he will hit the jumper. He has a strong frame which helps shield off defenders and shot blockers. He did work as usual as he grabbed a spot in the Top 20 game and one of the top overall players in the camp.

Jakai Washington Forward (Connecticut)- Washington showed off his athleticism all weekend especially in the all-star game. He runs the floor like a deer and attacks the rim when he ready to finish. He has the size and energy to make an impact on both ends of the floor. Very, very athletic player.

James Madill Guard (New York)- Madill may be small in size but he didn’t let that slow him up on the floor. He stuck the outside jumper and also got into the gaps on the defense to make plays. He had enough speed and craftiness to stay away from traps and turnovers. This kid has a steady game.